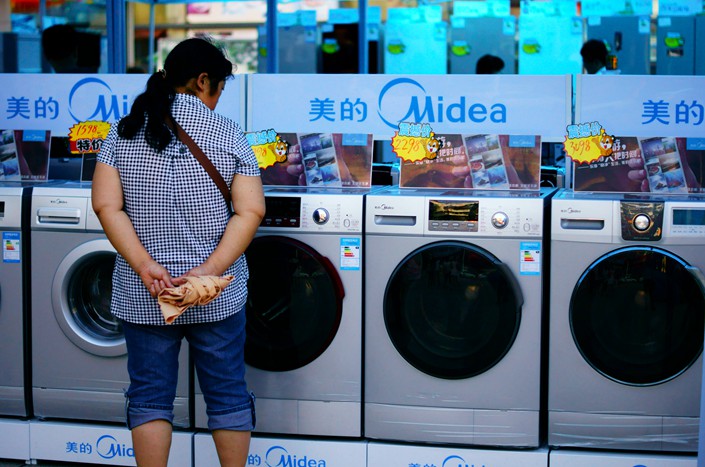 China’s leading producer of air conditioners and rice cookers is cooking up a $2 billion deal to merge with and then privatize a decades-old washing machine manufacturer as it seeks greater synergy in the global home-appliance market.

Midea Group Co. Ltd. has been the controlling shareholder of washing machine producer Wuxi Little Swan Co. Ltd. since 2008. It will absorb the remaining stake in the company via a share swap, both sides said in stock filings (link in Chinese) to the Shenzhen bourse on Wednesday.

Midea will issue new shares in exchange for both A and B shares of Little Swan, at premiums of 10% and 30% respectively. The deal is priced at more than 14.4 billion yuan ($2.07 billion).

Following the transaction, Little Swan will delist from the Shenzhen Stock Exchange, and its legal entity will be dissolved. Midea will take over all its assets, businesses and employees.

The move aims at avoiding possible competition and consolidating both companies’ businesses worldwide, Midea said in the filing.

Midea has a broader product line, as diverse as robots and washing machines, and made headlines worldwide in 2016 after acquiring a majority stake in German robotics producer KUKA AG. While Little Swan — which was founded in 1958 and made China’s first automatic washing machine in 1978 — is synonymous with laundry in China and has a presence in more than 160 countries, it has a relatively low profile in the global stage.

The larger company hopes to make use of Little Swan’s advantages in the washing machine sector and “provide a more complete and competitive combination of products,” it said.

Trading of Midea’s shares has been suspended since September due to the deal, as have Little Swan’s. The shares were priced at 40.3 yuan and 46.5 yuan respectively.