Opinion: How Long Before Beijing Wheels Out Its Big Stimulus Guns? 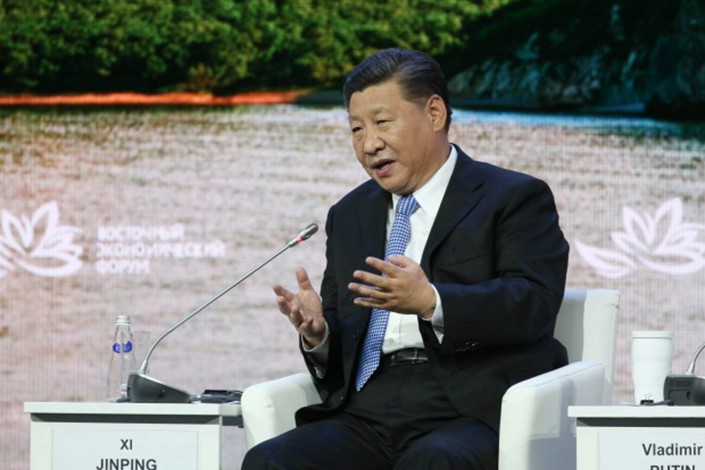 (AFR) — What will it take to arrest the slide in the Chinese share market, which has fallen more than 25% from its January peak?

That’s the question Beijing’s leaders will be pondering now that the brief rally which followed their latest attempt at reassuring nervous investors — with President Xi Jinping promising to provide “unwavering” support for the private sector, while the Chinese central bank promised 10 billion yuan ($1.44 billion) in credit support for bond issues by private firms — appears to be petering out.

Despite these measures, most analysts agree that Beijing has not yet done enough to allay investor concerns about slowing economic activity and the impact of growing trade tensions with the United States, especially given fears that ongoing margin calls are likely to continue to exert downward pressure on Chinese share prices.

Chinese companies have pledged a staggering 4.5 trillion yuan worth of shares, a quarter of all free float shares, as collateral for loans.

The fear is that shares worth close to 900 billion yuan have been pledged on loans where bankers are close to the point of requiring borrowers to top up their security.

If debt-laden Chinese corporates are unable to do so, lenders will are likely to decide to liquidate the shares, and these forced sales could further depress the market, triggering yet more margin calls.

Investors are also anxious about the tangled webs of loans and other financial obligations that exist between many highly leveraged companies.

Over the past five years, Huarong — which was one of four state-owned groups set up in 1999 to bail out China’s top banks by buying their soured loans — has expanded aggressively.

It was able to raise large quantities of money in capital markets, which it then used to buy high-yield bonds, or to lend to companies that found it difficult to obtain traditional bank loans. Many of these loans were disguised as investments to avoid regulatory controls.

But investors are worried that if one group in the network defaults, the problems will quickly ricochet through the structure. Especially given Huarong’s political woes — its chairman Lai Xiaomin has been swept up in Xi’s crackdown on corruption — and the group’s heavy reliance on short-term borrowings.

This market gloom has been compounded by fears over China’s economic outlook. Figures released last week showed that the economy grew at its weakest pace in nearly a decade in the third quarter, as growth in industrial output and consumer spending both weakened.

The worry is that Chinese exports — which performed strongly in the quarter — could be hit in coming months, due to the escalating trade spat between the U.S. and China.

Few now expect that the tentatively planned meeting between U.S. President Donald Trump and Xi on the sidelines of the Group of 20 leaders’ meeting in Buenos Aires next month will do much to relieve trade tensions between the world’s two largest economies.

Most analysts agree that if China’s economic activity weakens further, Beijing will have no choice but to launch another major fiscal stimulus program, encouraging local governments to step up their spending on infrastructure projects, even though this will see them rack up even more debt.

The combination of a slowing economy and heavily indebted corporates and local governments will also force the People’s Bank of China to step up its monetary stimulus.

China’s central bank has already cut the amount of cash banks must hold as reserves four times this year, in the hope that increased bank lending will spur economic activity.

But while stronger fiscal and monetary stimulus will boost growth, the side effect of these policies will be a weaker Chinese currency.

Some analysts expect the yuan to fall by as much as 15% to 20% in coming months, which will intensify the bitter discord between Washington and Beijing.