Early Signs Show China’s Slowdown Is Getting Worse in October 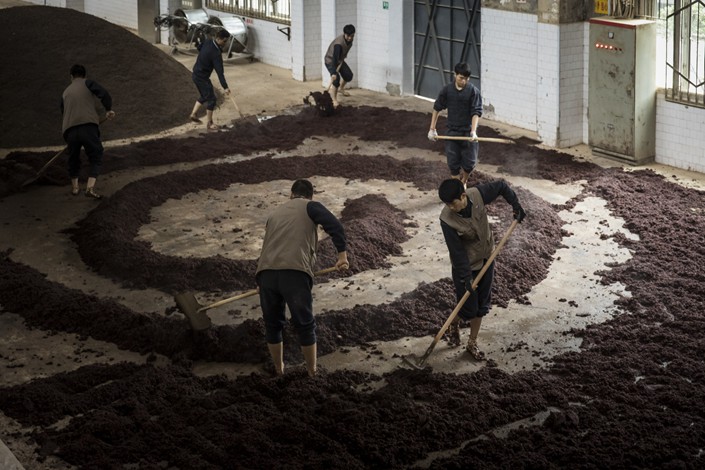 (Bloomberg) — China’s economic growth continued to slow in October, a period in which the trade conflict with the U.S. has intensified and policymakers have stepped up support for businesses.

That’s the signal from a Bloomberg Economics gauge aggregating the earliest-available indicators on business conditions and market sentiment. The government effort to stabilize the mood among executives and investors hasn’t been effective yet.

What happens to China’s economy in the fourth quarter of this year will be closely watched, with attention on whether the government can keep the pace of growth stable without a renewed surge of debt. While performance in the third quarter ticked down, much of the effect of the trade war and slowdown is still to be felt.

“The early indicators show that economic conditions continue to weaken both on the domestic and external fronts,” Bloomberg Chief Asia Economist Chang Shu said. “Economic sentiment is very poor, particularly among small private firms. We expect policy support for the economy to continue to broaden to all aspects of growth — exports, consumption and investment.”

The government this month introduced a raft of measures to stabilize sentiment, including steps to boost liquidity in the financial system, new tax deductions for households and targeted measures aimed at helping exporters.

Top officials including President Xi Jinping also sought to bolster investor confidence, commenting on the fundamental strength of the economy and attempting to talk up the stock market, which has fallen almost 8% this month.

There was little sign of improvement in relations between China and the U.S. in October as officials from both countries traded barbs, and global companies braced for a protracted conflict.

U.S. President Donald Trump would meet with Xi at the Group of 20 summit in late November, the president’s top economic adviser Larry Kudlow told reporters on Tuesday, adding that he didn’t expect a major breakthrough to result from the conversation.

The first official Chinese economic data for October, the purchasing managers indexes for the manufacturing and nonmanufacturing sectors, will be released Wednesday morning in Beijing.

The manufacturing gauge will probably tick lower again while the nonmanufacturing gauge, which covers the construction and service industries, is expected to be unchanged, according to forecasters surveyed by Bloomberg. The official manufacturing PMI reading slowed in September to a seven-month low.

Economic growth decelerated in the third quarter by more than expected — to 6.5%, the slowest pace since the aftermath of the global financial crisis in 2009, according to official gross domestic product data released earlier this month. However, trade was a bright spot as manufacturers rushed to get shipments to the U.S. ahead of an increase in tariffs, which are slated to rise from current levels from January.

Data from China’s major trading partners reinforces the notion that the boost in exports may prove temporary. The weighted average of the flash PMI readings of nations including the U.S., the European Union and Japan fell for the sixth straight month in October, bringing the measure to its lowest level in two years.

Those PMI readings remain firmly in expansion territory, which suggests demand is far from collapsing, but the unusually strong run that characterized the global economy in late 2017 and early 2018 may be coming to an end.

Chinese factory inflation also moderated — for the fourth month in a row, to the lowest level in two years, according to Bloomberg calculations. While good for purchasing managers, the slowing price rises will hit company profit margins and indicate a slowdown in demand.

Market sentiment was mostly negative in October. The benchmark Shanghai Stock Exchange Composite Index fell in October to its lowest level in four years amid a broader drop in global equity markets. Copper prices also fell, though the price of iron ore continued to rise as a crackdown on pollution continued to boost demand.

Early in the month, China’s central bank announced a reduction in the ratio of reserves banks are required to hold against deposits, cutting it to the lowest level since 2008. It followed up that easing move with additional measures on Oct. 22 to preempt defaults in the corporate bond market and further boost liquidity in the banking system.

Meanwhile, the mood continued to sour at Chinese companies, according to surveys. An index of business confidence among small and midsize enterprises maintained by Standard Chartered fell this month to the lowest level since January.

“Sales turned sluggish on slowing domestic demand and increasing export uncertainty, according to our survey results. Production activity moderated in October as a result, and the outlook turned gloomier,” Shen Lan, the Beijing-based Standard Chartered economist in charge of the survey, wrote in an Oct. 22 report. “Investment and hiring lost steam, pointing to softening business sentiment over the longer term. Profit margins narrowed on the back of slower price gains and weaker demand.”