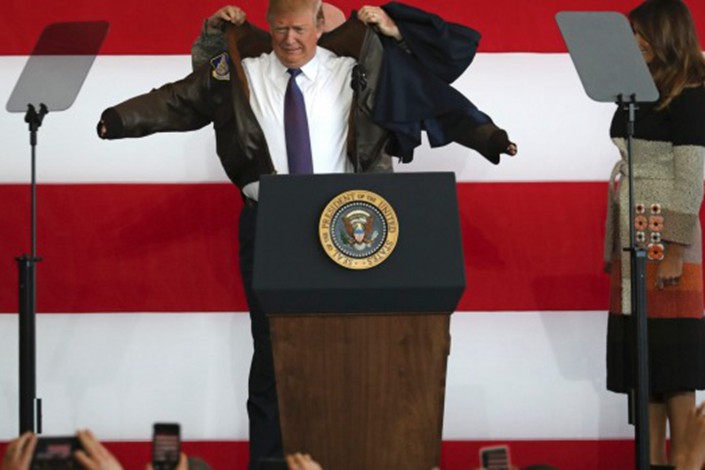 (AFR) — If my daughter wins a 100-meter dash by hiding the other kids’ runners whilst giving herself a pair of jet-powered wheelies, I’d credit her cunning and ingenuity, but I’d hardly applaud her sprinting skills.

That kind of winning also describes what’s currently fueling the narrative of U.S. “exceptionalism.” By itself, the fiscal stimulus that the U.S. has been enjoying since the end of last year doesn’t make a whole lot of sense.

Not only has it been a pro-cyclical use of fiscal policy, but outside times of war and recession, this is the largest stimulus the country has seen in its economic history.

But as Donald Trump turns up the heat on Sino-U.S. trade relations and China scrambles for ways to offset the effects, it becomes apparent that this Republican fiscal reform was designed to build a fortress around U.S. growth, from which an attack could be launched. This was cunning, and may eventually prove ingenious.

China’s biggest miscalculation was to underestimate Trump. Through waging an ideological war against China via the proxy of trade imbalances, he saw clearer than anyone the path along which this war would unfold, and the inevitable casualties that the U.S. would also have to suffer along the way.

With third-quarter earnings season under way, the impact of U.S. trade tariffs on Chinese goods are already being felt across American industries, from automakers to farmers, from Fortune 500 companies to “mom and pop” shops.

Ironically, as the tariffs currently stand, finished goods imported from China that have not yet been touched by U.S. tariffs may enjoy an advantage over U.S.-made goods with Chinese components. The inevitable conclusion there, would be to ensure tariffs expand to cover all Chinese imports to the U.S.

Knowing the pain that would accompany the process of on-shoring production back to the U.S., Trump effectively delivered a pre-emptive “whatever it takes” fiscal package.

Tax cuts ensure that corporate profitability is bolstered ahead of a likely period of margin erosion. Corporate repatriations ensure that liquidity conditions stay protected in the U.S. whilst the rest of the world feels the drain. And stimulating the economy past full employment should put even more money into the pockets of the average American.

As the path has become clearer, the focus has to now shift back to China’s reaction function. The tit-for-tat strategy engaged by China this year is no longer deemed to be appropriate now that the full extent of the threat has been recognized.

Rather than provoking more attacks by Trump, attention is now centered on boosting domestic demand. China’s tolerance for hard landings remains limited, less so due to a desire to save face, but more for reasons tied to the root of its ideological difference with the U.S.

Socialism under a one-party system needs buy-in from its people. China’s Communist Party may exert an authoritarian grip over the nation, but this can also be undermined by falling living standards and growing unemployment rates. Especially for a nation addicted to a near-doubling of per capita gross domestic product every decade since the late 1970s.

In sharp contrast to last year’s resilience, trade wars have barely scratched the surface and yet the world’s second-largest economy is showing signs of greater damage.

The contraction in shadow banking that was kick-started by the deleveraging campaign has gathered internal momentum. Corporate defaults are piling up, both onshore and offshore, and that’s not even counting the ones saved or postponed by takeovers by state-owned companies.

Local governments are being asked to spend again, but until now have been fearful of the conflicting deleveraging agenda pushed by Xi Jinping. The fiscal lever is being pulled, but the transmission mechanism seems busted. Against this backdrop, the certainty of trade war escalation makes Chinese leadership all the more determined to underwrite economic growth.

It is meaningful that in a letter to private entrepreneurs this month, Xi vowed his “unwavering support” for the country’s private sector. Such support will come in the form of tax cuts, liquidity back-stops, bond raises and likely even stock market support (a method of intervention that met with much controversy in 2015-16).

At the same time, private enterprises are being urged to focus on innovation. Sounds like a leaf from the Republican tax plan, taken one (or 10) steps further. Sounds like “whatever it takes” with Chinese characteristics.

Unfortunately, the results thus far have been disappointing. Economic activity continues to slide, led by the old economy. Given China’s importance in providing a safety harness for major parts of the global economy at every key juncture over the past decade, many still await the reflationary pulse to be delivered by China’s stimulus measures.

This is the biggest miscalculation the world can make about China. Just as U.S. stimulus is more self-contained, it would be wrong to expect that China’s can save one and all.

Not only would broad-based Chinese stimulus undo much of the hard work of the past two years, it would also stall the growth engine of China’s new economy. It is no coincidence, for example, that consumers have remained resilient, and industrial upgrading continues to bolster the manufacturing sectors.

Through the U.S. initiation of de-globalization, a number of tough choices now lie ahead. China must choose quickly and strategically those allies most needed for her future. Luckily for Australia, China still needs to build more railways and to seek out high-quality education for its students.

For now, China also needs high-end imports from Japan, South Korea and Europe. Unfortunately Australia and much of Asia will all be forced to pick a side somewhere down the line.

If China’s Made in China 2025 plans are successful, high-end imports will eventually be displaced by domestically produced Chinese goods. Just because they’ve stopped bragging about it doesn’t mean they’ve abandoned this strategy.

Vimal Gor is head of income and fixed interest at Pendal Group.