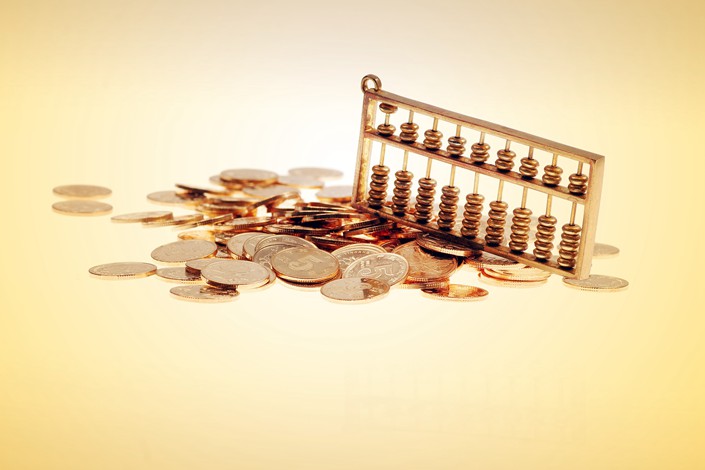 The debt-to-asset ratio at private industrial companies climbed to 55.8% at the end of June, the highest percentage in data going back to 2014. Photo: VCG

China’s campaign to curb leverage in the economy has had many unintended consequences, and a new report from a government-backed think tank shows that for private industrial companies, the policy has had the exact opposite effect.

While the overall debt ratio for state-owned enterprises (SOEs) has fallen marginally, the figure for private industrial companies has shot up, according to the report released Tuesday by Center for National Balance Sheet at the National Institution for Finance and Development.

The report’s authors attributed the deteriorating performance of private companies to two main factors — an increase in financing costs caused by the deleveraging drive, and an erosion in profitability due to a government campaign to curb overcapacity which has boosted commodity prices. Although that has helped increase profits at SOEs who dominate commodity and heavy-industry sectors, known as upstream industries, it has hurt earnings at private companies that are further down the industrial chain, the report said.

“This is more of a passive leverage building process as a result of a deteriorating financing environment and the squeeze by state-owned enterprises (SOEs),” it said, noting while the total liabilities of private industrial companies fell 0.3% in the first half of 2018, their total assets fell at a much faster rate of 7.8%.

Private companies have been the worst affected by the government’s campaign to deleverage the financial sector. The policy has especially targeted off-balance-sheet lending by banks and “shadow banking” activities, and as a result has cut off key financing sources for many firms that have limited access to bank loans.

The credit crunch has made borrowing more costly as interest rates on loans have increased. As a result, companies have been forced to fall back on using their accumulated profits to make up for the shortfall of borrowings, which has dented their assets, the report said.

The government’s efforts to cut excess industrial capacity has led to higher prices of products in upstream industries such as steel and coal, which has also eaten into the profit margins of private companies, which tend to be more prevalent in mid- and downstream sectors, according to the report.

The report attributed the decline in the overall debt ratio of SOEs to higher profits. However, it warned that the level of earnings growth seen over the past two years may not be sustainable because it has come largely from a boom fueled by the overcapacity campaign and the suspension of production in some industries over the winter to curb air pollution. Many SOEs are in upstream sectors and have benefited from higher prices as the government's campaigns tightened the supply of their products.

“The efficiency of SOEs’ investments has not seen any fundamental improvement,” the report said. “As the prices of industrial products fall back, their profit margins are likely to narrow, casting a pall over the prospects for debt reduction.”

The report urged the government to speed up the closure of debt-ridden, money-losing SOEs, known as zombie companies, to free the credit resources they are sucking up and allocate the funds to emerging industries and efficient private companies.

The total debts of household, government and nonfinancial corporate sectors edged up to 242.7% of gross domestic product (GDP) at the end of June from 242.1% at the end of 2017, the report showed. The combined debt-to-GDP ratio of banks and other deposit-taking institutions fell to 61.6% from 62.9% during the same period, when measured by the liability side of their balance sheets