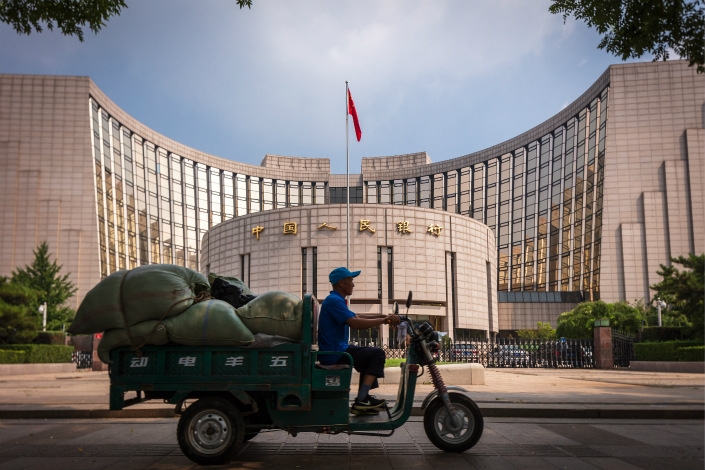 China’s central bank is stepping up calls for banks to expand financing support for smaller private companies as bankers’ appetite for taking on risk has diminished.

In the past few months, the central bank and China’s top policymakers have shifted toward a pro-growth stance on fiscal, monetary and credit policies. Officials have repeatedly called for expanded credit for small and private businesses amid the slowing domestic growth and the escalating trade war with the U.S.

But easing monetary policies might not be enough to improve the financing environment for private companies, several financial industry participants told Caixin. Even though banks have been asked to lend more to small and medium-sized enterprises, many banks are still cautious about opening their money bags.

In a statement posted on the PBOC website, Yi said the central bank will treat state-owned and private companies equally on credit and bond issuance policies. The government will coordinate monetary, fiscal and regulatory polices to stimulate incentives for financial institutions and build a sustainable financing model for small enterprises, Yi said.

When asked about second-half lending plans, several medium and small banks recently said they would maintain their original plans set earlier this year, before authorities began calling for increased lending to businesses.

A senior banking analyst told Caixin that banks’ appetite for risk seems to be declining. Banks have just climbed out of the bad loans they made as part of the 4 trillion yuan stimulus package launched in 2008 during the global financial crisis. Now they are reluctant to expand credit aggressively, a bank executive said.

In May, Beijing Orient Landscape generated demand for just 50 million yuan of its planned 1 billion yuan bond sale. The cash-strapped company was later rescued by Agricultural Bank of China through a 3 billion yuan debt-for-equity swap.

To reduce risk in the financial sector, the central government has been clamping down on shadow lending, on which many small to medium-sized enterprises rely. In late June, the PBOC said it would free up at least $100 billion in funding for banks to bail out state-owned enterprises and help small businesses.

In July, the central bank injected 502 billion yuan ($73.9 billion) of cash into the banking system to encourage banks to increase lending to small companies and invest in corporate bonds.

In a statement last month, the China Banking and Insurance Regulatory Commission (CBIRC) urged banks to “expand the supply of credit and increase financing support for the real economy,” taking “a more-tolerant approach to the bad debts of small companies.”