By Chen Xi and Ke Baili 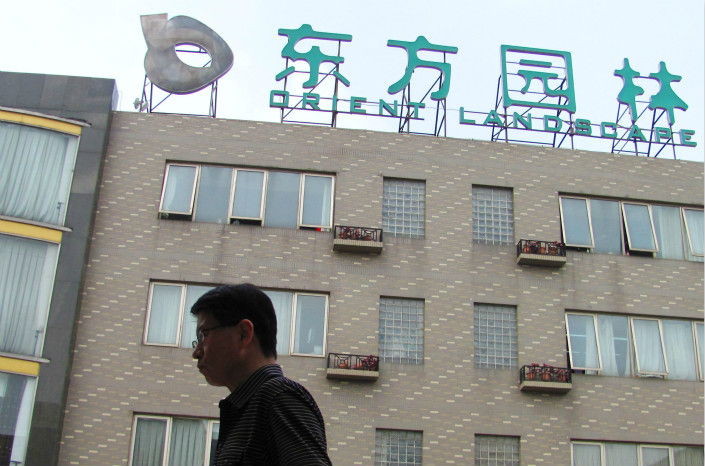 After a rush of corporate defaults this year, investors are showing growing risk-aversion in China’s $10-trillion bond market, putting even more strain on companies trying to raise money.

Beijing Orient Landscape & Environment Co. Ltd. wanted to raise 1 billion yuan ($157 million) through a bond issuance last week, but it only managed to scrape together 50 million yuan — just 5% of its target.

Following the announcement of the failed issuance on Monday, Beijing Orient’s stock plunged nearly 9% in afternoon trading, though it later recovered some of its losses.

The company planned to use the funds to repay other bonds and replenish working capital, according to the bond’s prospectus. In a statement released Tuesday, the company emphasized that it had adequate funding and its business was operating normally.

Investors are seemingly spooked by an increase in the number of companies defaulting on their debts this year. In the first four months of this year, 15 companies failed to repay their bonds, compared with 12 in the same period last year, according to a report from China Central Depository & Clearing Co. Ltd. The amount of money involved jumped 33.6% to 12.9 billion yuan.

Analysts at S&P Global Ratings attributed the rising defaults to tighter liquidity resulting from the government’s deleveraging campaign, which has made it harder for weaker companies to refinance their debt. “The Chinese government’s financial deleveraging campaign has led banks to unwind the off-balance-sheet funding that some companies have relied on to finance aggressive business expansion in the past several years,” S&P credit analyst Christopher Lee said in a report earlier this month.

Zhejiang-based DunAn Group is currently facing a debt crisis after its publicly listed subsidiary failed to raise capital through a bond sale. DunAn’s Shenzhen-listed unit Zhejiang DunAn Artificial Environment Equipment Co. recently canceled a plan to issue as much as 300 million yuan in bonds due to “changes to market conditions.” In its report to the government, DunAn said it had trouble selling the bonds because the banking sector’s deleveraging efforts and the rising cost of financing have caused a severe liquidity crunch for the company.

“Many companies are issuing new bonds to repay old debt,” Zhong Wenquan, Greater China managing director for credit analysis at Moody’s, told Caixin last week. In the past, when “shadow banking” regulations were looser, companies could often raise funds from trust firms or other channels when they could not obtain loans from banks, Zhong said. But new rules to bring the asset management industry under control have made it harder for companies to refinance domestically.