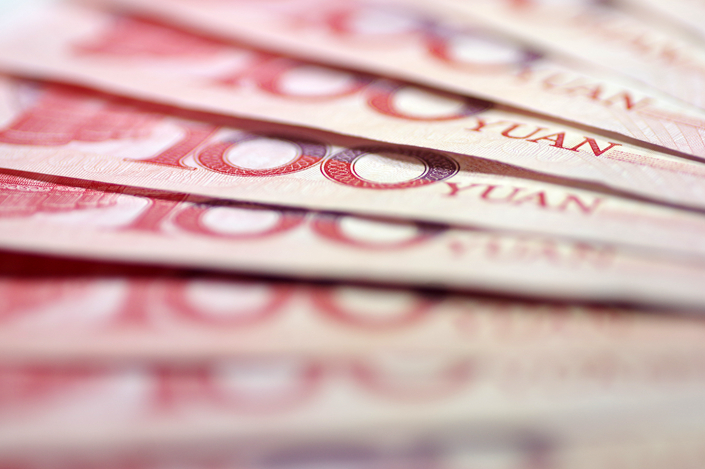 There have been 19 bond defaults in China’s domestic markets so far this year with a combined value of 14.6 billion yuan ($2.29 billion). Photo: VCG

* Separately, the China Securities Regulatory Commission has reminded departments and exchanges that deal with bond sales to pay close attention to risk

(Beijing) — China’s regulatory agencies are stepping up supervision over onshore and offshore bonds as an increase in the number of defaults this year has heightened concerns over the potential risks of corporate debt.

The National Development and Reform Commission (NDRC), which is responsible for monitoring foreign bond sales, recently hauled in eight companies and intermediaries for failing to register offshore sales by their overseas subsidiaries and branches, according to a notice posted on the commission’s website on Friday.

The commission warned it will take a harsher stance against companies that continue to fail to register their offshore bond issuances. Depending on the severity of the noncompliance, issuers may find themselves added to an industry blacklist and have the offense recorded in the national credit information system, the NDRC said, without giving further details.

Meanwhile, the China Securities Regulatory Commission (CSRC) has reminded departments and exchanges that deal with bond sales to pay close attention to risk, making sure they conduct inspections, issue early warnings, and monitor and evaluate potential risks, a spokesman for the watchdog told a briefing the same day.

There have been 19 bond defaults in China’s domestic markets so far this year with a combined value of 14.6 billion yuan ($2.29 billion), a jump of 25% and 34% respectively, on the same period last year, according to data provider Hithink RoyalFlush Information Network Co. The last offshore default was in June 2016, when China City Construction International, a subsidiary of a state-owned construction firm, failed to repay part of a bond issued in Hong Kong, according to data compiled by Bloomberg.

The NDRC did not name the companies and intermediaries who were called to the meeting, nor did it give details of their wrongdoing, but a source close to regulators told Caixin that most of the companies that failed to report their offshore issuances raised debt to make offshore investments. This is a violation of rules issued in 2015 that state offshore subsidiaries or branches controlled by onshore companies must register debt instruments with maturities of over one year.

“There have always been companies and intermediaries who don’t think it’s necessary to register with the NDRC when an overseas registered subsidiary issues offshore debt,” the source said.

The CSRC is stepping up its supervision because a growing number of bond defaults have been triggered by listed companies. So far this year, of the 10 companies that have defaulted, six are newcomers to the list, and of those, five have their shares traded on either the Shanghai, Shenzhen or Hong Kong stock exchanges. That compares with one listed company out of eight new defaulters in the same period last year.

It has become increasingly difficult for companies to pay back their maturing bonds as policymakers have cracked down on “shadow banking” and other funding channels. New rules have limited the use of private share placements by listed companies, and regulators have curbed the ability of major shareholders to pledge their shares in exchange for loans. New asset management rules have also made it more difficult for businesses to raise funds from trust companies.

Investors are also becoming more selective as concerns grow over defaults, demanding higher interest rates from weaker companies, which has led to widening spreads between government and corporate bonds.

The growth in defaults this year reflects a deterioration in companies’ cash flow and does not necessarily mean the problem will continue to worsen, according to Qin Han, the head of fixed income research at Guotai Junan Securities.

The current problem is far different from the crisis of 2011, when a wave of defaults by local government financing vehicles triggered a correction in the bond market and posed a systemic risk because it broke the perception that the bonds carried an implicit guarantee, Qin said. This time around, the reasons for the defaults are quite normal and we are just seeing a higher number, he said.

There is no need to be overly pessimistic as credit risks are not likely to spin out of control, he said.