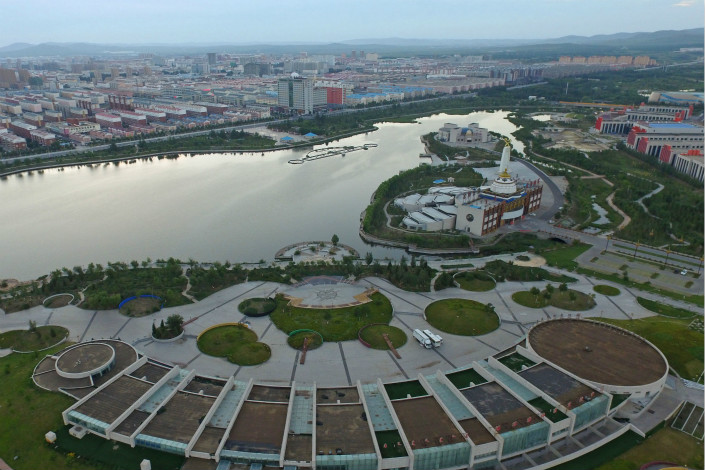 (Reuters) — A firm controlled by a city government in the Inner Mongolia autonomous region has failed to make interest and principal payments on nearly 4 billion yuan ($628 million) in off-balance-sheet loans, two sources with direct knowledge of the matter said.

The rare loan default highlights growing funding strains on Chinese local governments as Beijing cracks down on riskier types of financing and rising debt, which some outside agencies have warned could lead to a banking crisis.

Analysts say officials have stepped in repeatedly recently to steer government-linked firms that appeared on the brink of default, highlighting the balancing act Chinese leaders are facing as they try to rein in risks without destabilizing the economy or the country’s financial markets.

Local governments are the bedrock of China’s economy, accounting for about 90 percent of its total public spending.

Xilinhot Geipaishui Co, a local government financing vehicle (LGFV) controlled by the city of Xilinhot, has failed to repay loans from more than 20 mostly state-run leasing firms, said the sources, who were from two of the leasing companies involved.

The firm is technically in default after missing payments on both the interest and principal for more than one month, the sources said.

“Sometimes payments are late by a week or two. We wouldn’t consider it a break of contract or even wouldn’t charge any penalty. But this case is different. The government is very firm it wouldn’t be able to pay back,” one of the sources said.

Global credit rating agency Standard & Poor’s had predicted in January that China could see the first default on a bond issued by an LGFV this year.

But Christopher Lee, an S&P credit analyst in Hong Kong, said on Friday it was too early to tell if this case was such a watershed moment until there is more information.

“I’m not surprised because we’ve been talking about this for a while now, (but) is it really a default or a sort of delayed payment, where the government will come back in a few days and help this company repay?” Lee said.

“It will be serious when a bond default by an LGFV happens because it would affect the funding access of that government as well as the pricing or the implicit (official) support for the rest of the state-owned enterprise sectors in that region.”

Xilinhot Geipaishui had borrowed on behalf of the local government to fund infrastructure construction, the sources said, declining to be identified.

The companies involved have held several rounds of talks with local officials but have yet to break the deadlock.

Officials have insisted on rolling over the loans for another year as the city struggles to raise revenue, the sources said. “The government’s argument is that only interest will be paid,” one added.

Chinese regulators are in the third year of a campaign to clamp down on riskier lending practices. The so-called shadow banking sector has been a particular headache, being a source of off-balance-sheet loans for local governments and their LGFVs.

Local governments have used the entities to raise funds for projects as diverse as waterworks and roads and boost economic growth. But amid Beijing’s risk drive, financing to LGFVs is shrinking, and some are struggling with their debt obligations.

The first known default this year was by a Yunnan state-owned investment company that later received capital from the province to repay a loan. Earlier this month, the creditor of a property firm owned by the Tianjin municipal government said the company had defaulted on two trust loans.

More corporate defaults had already been expected in China this year as the government continues its risk campaign.

“The deleveraging drive will continue but the intensity could moderate, as the credit squeeze has driven up interest rates,” said Li Huijie, head of research at Pengyuan Credit Rating in Beijing.

“Local governments need to ensure no first LGFV bond default this year that could trigger systemic risks,” he said.