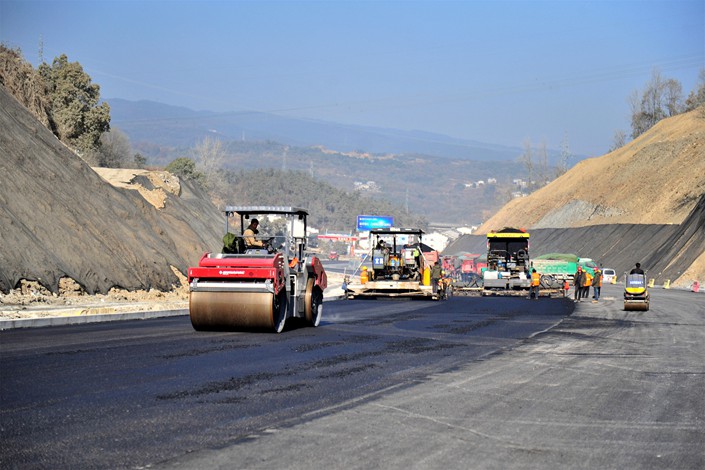 (Beijing) — China’s banking and insurance regulator has ordered the country’s financial institutions to be more lenient with companies struggling with short-term money problems and to increase their support of infrastructure projects.

The statement offers more evidence that Beijing is easing up on a national debt-control campaign in specific areas of the economy as it looks to stave off a slowdown in growth amid a tight credit environment.

In a statement (link in Chinese) released on its website on Saturday, the China Banking and Insurance Regulatory Commission (CBIRC) called on banks, financial asset management companies and insurance companies to “stabilize employment, foreign trade, foreign investment and market expectations” in order to “improve economic efficiency.”

The statement emphasized the need to support infrastructure funding, with insurance companies in particular told to take a more prominent role. “Insurance firms have long-term advantages in supporting investment and should actively serve the country’s major strategies and key projects through debt, equity, stocks and funds,” it said.

The general credit supply to infrastructure projects should be increased on the condition that it does not lead to a rise in local-government debt, the statement said.

Beijing is looking to prop up China’s cooling economy by encouraging new infrastructure projects after several months of slowing investment that analysts believe has resulted from greater restrictions on opaque and illicit local government borrowing and a nationwide campaign to control debt.

While growth in infrastructure spending fell to a record low of 5.7% in the first seven months of the year, the National Development and Reform Commission announced on Thursday that it had approved 17 projects worth a combined 77.69 billion yuan ($11.30 billion) in July, in a move that appears intended to reverse the trend.

The CBIRC statement also reiterated its encouragement last week for China’s banks to lend more, adding that generally creditworthy institutions that “encounter temporary operating difficulties” should continue to receive financial support. Banks should give out more medium- and long-term loans to such companies, “especially at the end of the month when credit is tight,” it said.

Such calls appear to be having a positive effect on credit flows, according to a note by Moody’s. “There are signs that the current tight credit environment is turning to marginal relaxation. As the central bank gradually shifted to a loose monetary policy stance, inter-bank liquidity has improved significantly since the second quarter,” the note said.

The regulator’s campaign to rein in excess leverage in the economy, particularly through the “shadow banking” sector, has led to a squeeze on liquidity through the year so far. In response last month, the CBIRC relaxed the quota on loan limits, causing the value of total new yuan loans to rise to 1.45 trillion yuan, 623.7 billion yuan more than the same month last year.

However, despite the increase in lending, “banks are still reluctant to lend to marginal corporate borrowers who have weak credit status and previously relied on shadow credit,” Moody’s noted. The new CBIRC statement appears aims at addressing these challenges.