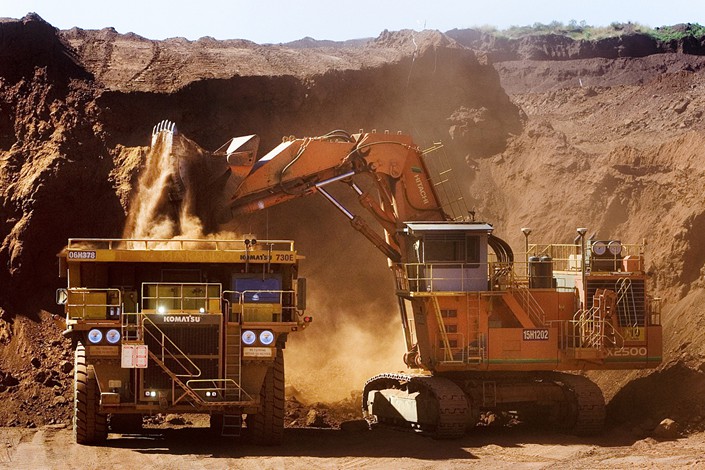 A Rio Tinto mine in Western Australia. Photo: IC

State-owned mining giant Aluminum Corp. of China’s (Chinalco’s) efforts to take over an iron ore project in Guinea have stalled following continued disagreements with the government over the extent of ownership.

In October 2016, Rio Tinto said that it had reached a nonbinding agreement to sell its 45.05% stake in the Simandou project to Chinalco for between $1.1 billion and $1.3 billion. Yet the deadline for the deal’s completion has now passed, Rio Tinto said in a statement on Monday. Chinalco currently holds a 39.95% stake, with the government holding the remainder.

The lapse signals further delays for the Simandou project, which analysts say is a prime example of the “resource curse,” in which a country is unable to exploit or develop its abundant resources because of weakness and corruption in its political institutions.

The site contains an estimated 2 billion metric tons of high-grade iron which, if developed, would launch Guinea into the ranks of the world’s biggest suppliers of the mineral. Rio Tinto previously estimated that the development could more than double the size of Guinea’s economy, which had a gross domestic product per capita of just $790.32 at the end of 2017, according to the International Monetary Fund.

Yet delays, accusations of corruption and fallouts with the government have hampered the mine, which has changed hands between multinational miners several times without meaningful progress. After rejoining the project for a second time in 2011 with Chinalco, Rio Tinto shelved further development in 2016 as low global iron ore prices ate into projected profitability and disagreements persisted over the government’s estimate that the project would need $23 billion of supporting investment in rail and deep-water port infrastructure.

Corruption has also surrounded other proposed Chinese developments in the country. Last year former mining minister Mahmoud Thiam was given a seven-year sentence for taking $8.5 million in bribes from China International Fund Ltd. and China Sonangol International Holding Ltd. in property development deals made in 2010-2011, during the previous military junta. There is no indication of foul play in Chinalco’s dealing with the Simandou project, however.