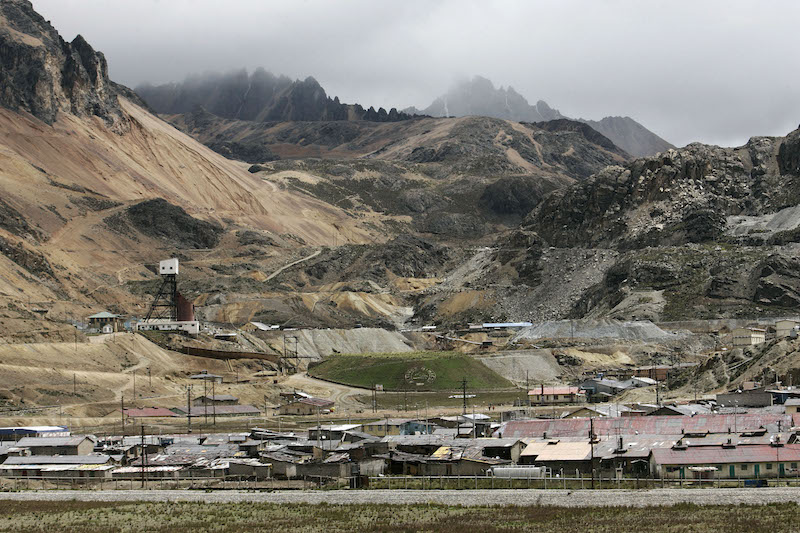 Mountains overlook the town of Morococha, Peru, where the Toromocho copper mine is located. Photo VCG

China, the world’s biggest copper consumer, imported 17.4 million tons of copper in 2017, or 70% of the country’s total consumption. Peru is the second-biggest producer of the metal after Chile.

Chinalco purchased a 91% stake in the Toromocho copper mine in 2007 for $860 million as part of the aluminum giant’s strategy to diversify its business and expand overseas. The project is China’s largest investment in overseas copper assets.

Located in the District of Morococha, Yauli Province, the project is operated by Chinalco’s subsidiary, Chinalco Mining Corp.

As copper prices rebounded in late 2016, Chinalco and Peru authorities reached a preliminary agreement to expand Toromocho in November 2016.

As of March 2017, Chinalco has invested 24.98 billion yuan ($3.9 billion) in the first phase of the Toromocho project, including port and other infrastructure projects as well as relocation of local communities. China’s policy lenders, the Export-Import Bank of China and China Development Bank, have provided $2 billion yuan of loans for the project.

Copper is now Chinalco’s second-largest business segment following aluminum. The company’s total copper mining assets are valued at 100 billion yuan, including copper mining and refining assets in Yunnan, Shanghai and Hubei, according to the company.