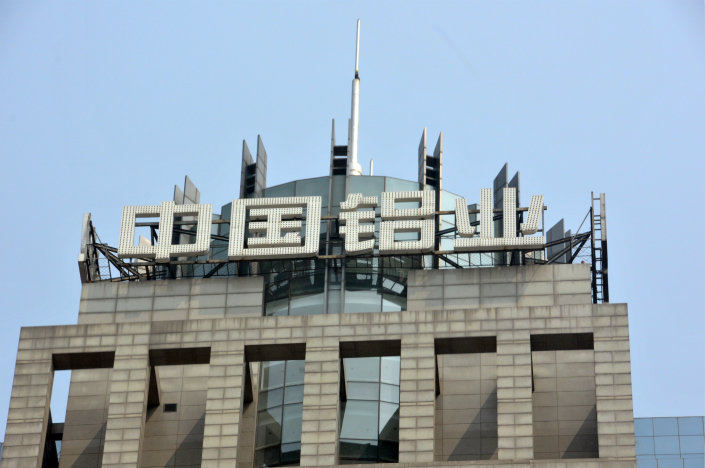 The headquarters of Aluminum Corporation of China are seen in Beijing in April 2015. Photo: IC

State-owned Aluminum Corporation of China (Chinalco) is set to gain more access to smelting capacity after sealing a deal valued at over 100 billion yuan ($15.6 billion) with the Yunnan provincial government.

China Copper Co. will acquire Yunnan Metallurgical Group, which owns Yunnan Aluminum Co. Ltd., according to a statement on Monday (link in Chinese).

China Copper is 58% owned by Chinalco and 42% by the Yunnan government, the statement said.

The move is the latest sign that Chinese aluminum producers want greater exposure to Yunnan, where hydropower is abundant, as the government cracks down on coal-fired power to cut pollution.

The deal will give Chinalco access to Yunnan Aluminum’s 1.6 million tons of smelting capacity, with another 1.45 million tons in the pipeline or under construction, said Jackie Wang, an aluminum analyst at CRU in Beijing.

The deal will also give Chinalco its first lead and zinc assets, as Yunnan Metallurgical Group also controls Yunnan Chihong Zinc & Germanium Co., which announced the agreement in its own statement on Monday.