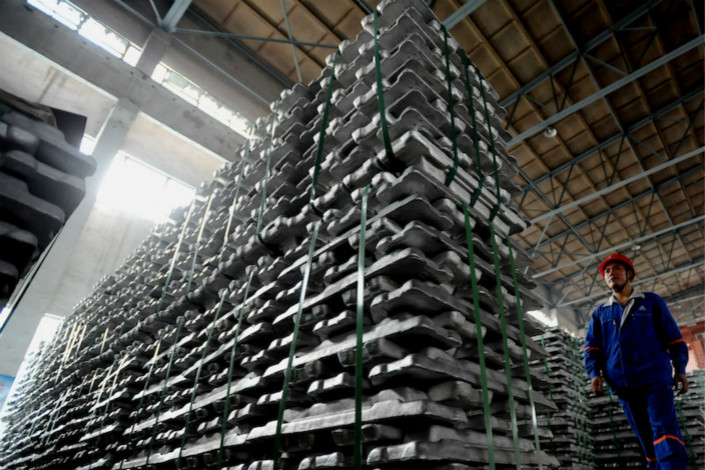 China is the world’s largest bauxite consumer but relies on imports to meet half of its demand. Photo: VCG

China’s leading state-owned aluminum producer moved to further tap massive reserves of bauxite in Western Africa to secure a supply of the raw material for the aluminum.

Aluminum Corp. of China (Chalco), the Shanghai-listed arm of state-owned metal giant Chinalco, said late last week that the company plans to invest $164 million in cash in the Boffa bauxite project in Guinea. Total investment in the project will reach $706 million. Chalco didn’t explain the source of the rest of the investment.

China is the world’s largest consumer of bauxite and relies on imports to meet half of its demand for the mineral. In 2017, Guinea exported 27.6 million tons of bauxite to China to become the largest supplier of the mineral for Chinese buyers, customs data showed.

Chalco has stepped up its investment in overseas bauxite mines to secure supply. The company currently holds stakes in bauxite projects in Indonesia and Laos while eyeing more investments in other countries, said President Lu Dongliang late last year.

Sources from Chalco told Caixin that the planned investment in the Boffa project marks the materialization of a bauxite development agreement signed by Chinalco and the Guinea government in October 2016.

The Boffa mine is estimated to have at least 736 million tons of bauxite reserves. Chalco said its investment will involve construction of mining, port and transportation facilities.

A Chalco executive said the Boffa project is part of the company’s strategy to expand its access to upstream material supplies. At the end of March, Chalco had access to 710 million tons of bauxite reserves in China, meeting half of its production demands.

Guinea has the world’s largest bauxite deposit with proved reserves of 7.4 billion tons, or 25% of the global total, according to the U.S. Geological Survey. Most of the country’s bauxite reserves have remained untapped because of a lack of capital and technology.

In recent years, Chinese miners have followed U.S. and Russian rivals to tap the bauxite resources of the western African country. In addition to Chalco, a number of Chinese companies including State Power Investment Corp., TBEA Co. and privately owned Shandong Weiqiao Group have taken interests in bauxite mines in Guinea.

Chalco has invested in Guinea since 2012 when it partnered with Rio Tinto to develop the Simandou iron ore project. As of March, Chalco holds almost 40% of the Simandou project.