By Pan Che and Fran Wang 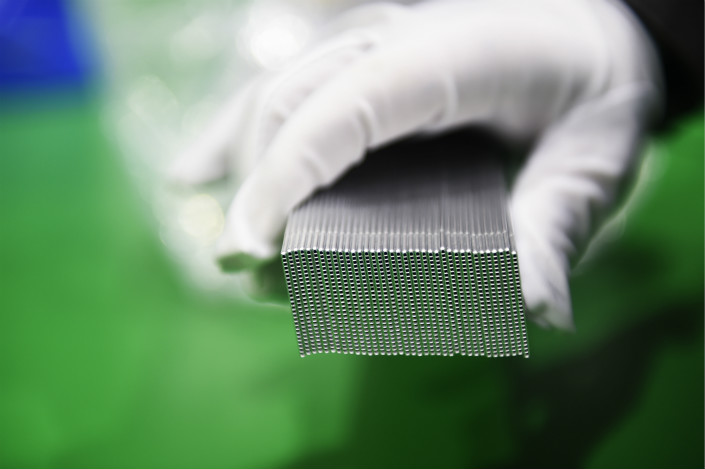 “We will take powerful measures to resolutely protect our legitimate rights and interests after evaluating the damage the U.S. policy causes to the Chinese side,” he said.

Defying mounting criticism at home and abroad, Trump on Thursday signed orders that slap tariffs of 25% on imported steel and 10% on foreign-made aluminum. The plan exempts Canada and Mexico, and leaves open the possibility for later exemptions of other countries.

The China Iron and Steel Industry Association said the act was in “defiance of the global steel industry” and said the U.S. would face “larger-scale backlash.” It also called on Beijing to impose retaliatory tariffs on U.S. stainless steel, seamless steel tubes, coal, agricultural products and digital devices.

Meanwhile, the higher tariffs would have limited effects on China, as the two metals were already subject to anti-dumping measures imposed by the U.S., economists said.

China exported $3.9 billion worth of steel and aluminum products to the U.S. in 2017, accounting for 0.17% of its total exports or 0.03% of its gross domestic product (GDP), UBS chief China economist Wang Tao estimated in a note. OCBC Bank put the level at a similar amount, saying China’s steel and aluminum exports to the U.S. accounted for only 0.2% of China’s total exports.

But China is more concerned about the growing level of U.S. protectionism as China continues to post big trade surpluses with the world’s biggest economy.

China’s trade surplus in that relationship soared 35% year-on-year to $42.9 billion in the first two months of the year, data released by the General Administration of Customs showed Thursday.

Liu He, China’s top economic policy architect, made a five-day visit to the U.S. last month to ease growing tension between world’s two largest trading partners. Following that meeting, he said representatives from the two sides have agreed to meet in Beijing to address bilateral trade imbalances.

The Trump administration reportedly asked Beijing for a plan to trim the annual U.S. trade deficit with China by $100 billion, according to The Wall Street Journal, which cited anonymous sources in a report on Thursday.

This week’s resignation of Gary Cohn, Trump’s top economic adviser and a free-trade advocate, will “embolden the protectionist voices inside the administration and may result in the U.S. taking a much harder line with China on trade,” research firm Capital Economics said in a note.

But the note warned that a trade war with China will not be easy to win, as China could apply pressure on U.S. firms doing business in the country by “implementing more stringent regulatory and compliance checks,” or “simply by instructing Chinese firms to cut orders.”

“China would want to avoid a trade war with the U.S. But if it were to happen, the Chinese response would go well beyond tariff increases,” Capital Economics China Economist Liu Chang said in a note.