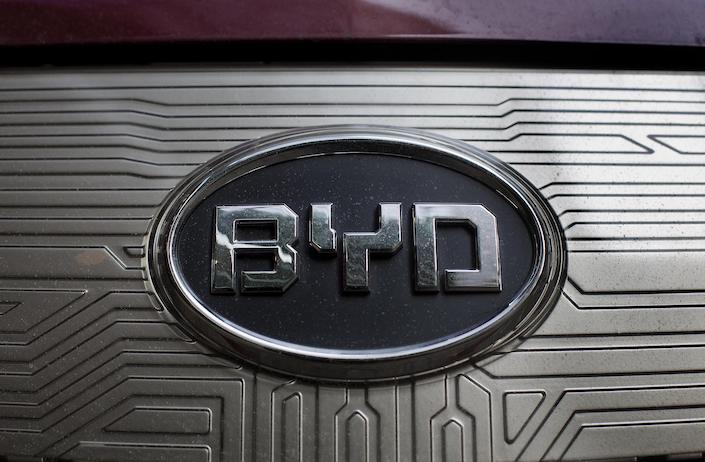 Automaker BYD Co. Ltd. says the decline in its profitability will slow in the second half of the year, as it foresees “strong” momentum in its electric-car sales.

Backed by U.S. investment guru Warren Buffett, BYD predicted it would post a profit between 2.73 billion yuan ($392 million) and 3.13 billion yuan for the whole of 2018, a drop of as much as 33% compared to 2017, the company said in its latest financial report to the Hong Kong Stock Exchange on Monday. That figure is significantly lower than the 72% profit drop it recorded for the first six months of the year.

The upbeat tone comes as it foresees ongoing strong growth in the sales of new-energy vehicles — cars that use pure electricity, hybrid or hydrogen technologies. This indicates that market momentum will partly offset the impact caused by the government slashing relevant subsidies, a factor which BYD blamed for its poor performance in the first half of the year.

New-energy vehicle models “have accumulated a large amount of orders relying on their strong market competitiveness,” it said in the earnings report.

The Shenzhen-based company, which also sells fossil-fuel cars and makes handset components, is China’s largest manufacturer of new-energy vehicles. Its new-energy vehicle sales rose to 143,400 for the nine months through September, exceeding its total sales for the entire year of 2017. That nine-month figure accounted for nearly 20% of the electric-car market’s total, according to the Association of Automobile Manufacturers.

On comparison, the overall auto industry in the country has lost steam, and is set to report its first annual sales decline in nearly two decades after years of frenzied expansion.

China has implemented a generous subsidy program since 2010 that boosted most electric-car makers’ revenues and profitability. However, Beijing began to make it harder to access the incentives early this year, with plans to completely phase them out by 2020.

Industry experts have warned the policy change could prove challenging for Chinese electric-car makers in the coming years.