Hong Hao: Will the Government’s Efforts to Rescue the Stock Market Work? 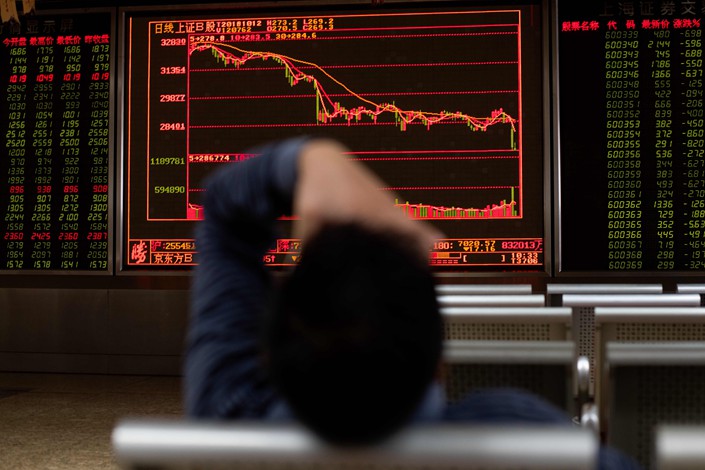 Shouts of “bailout” are echoing around Shanghai, and the authorities are attempting to stage a technical rebound. The series of speeches by top policymakers, the accompanying array of new policies to stem the hemorrhage, and more importantly, the swiftness of the rollout of these policies all suggest resolve to “rescue” the market. For instance, it only took four days for the People’s Congress to change the corporate law to make way for stock repurchases by listed companies. Brokers have been banned from forcibly selling pledged shares in the case of margin calls, and funds are being readied to relieve “worthwhile” companies with heavily pledged shares.

Will they be effective?

Our quantitative analysis shows that the amount of shares pledged and the percentage of total market capitalization pledged have been rising since early 2015, and the stock market bubble bursting only managed to put a fleeting dent in the share-pledge practice. The percentage of the market pledged rose until March 2018, and then began to fall sharply. It appears that as the market plunge accelerated, margin calls on shares pledged increased — it was like stepping on the gas pedal.

That said, given that the entire market has been under pressure since late January, and that the percentage of the market pledged has been rising in tandem as the market recovered from the 2015 crash, it is unlikely that these share-pledged loans are the reason for the bear market, although they must have aggravated it. Meanwhile, the surging volatility in the U.S. market has not helped — the consequence of a colliding economic downward cycle in China and a peaking cycle in the U.S.

Will the swift changes to the corporate law be effective? Our analysis suggests the answer is unclear. We compared the net cash on listed companies’ balance sheets with their current liabilities. If net cash is positive, the companies will have the ability to buy back shares on the open market. We found that the listed companies only have 325 billion yuan ($46.6 billion) of net cash, or 12.3% of the corresponding companies’ free-floating market cap, but less than 1% of the entire market’s capitalization of over 40 trillion yuan. This figure has fallen from just over 400 billion yuan, but the percentage remains stable — a result of a falling market. As such, the net cash that can be deployed for share buybacks is limited, despite the change in the law. It could help those companies with some excess cash, but these companies are strong in their own right, and thus probably less likely to need to support their own shares.

In summation, these tactics are likely to support the subdued market sentiment. But they have not touched the essence of the issue that with which China’s stock market has been confronted— the stock market has not always been an inclusive way to give the hoi polloi an opportunity to participate in wealth creation via the growth of listed companies. Instead, it has been a game of “rip-off,” of the rich over the poor, the haves over the have-nots, the insiders over the outsiders. And Chinese retail investors, often in good spirit, nickname the game “harvesting chives” (because chives, like retail investors grow fast and can be harvested over and over).

In recent history, there have been two great bull runs in the Chinese stock markets — one from mid-2005 to late-2007, and another from mid-2014 to mid-2015. The fundamental reason is that there was structural change prior to the inception of these bull markets — to include retail investors in the pursuit of wealth creation: in 2005, it was the stock ownership reform to resolve the status of the restricted shares held by the state; and in 2014, the significant growth of margin lending, rightly or wrongly, let a great many soar from rags to riches, and then back down to earth.

The reason why the Chinese favor property as an asset class over stocks is not just because property is the most legitimate way to take on leverage, even for a working class person. It is because property is probably the only fair game that has been consistently letting the most number of people participate in wealth creation. It started with the housing reform in 1998, when the state transferred significant wealth to the masses through selling state-owned property titles at a token price.

In our report titled “The Market Bottom: When and Where” more than two years ago, we redefined the market bottom as relative to a long-term economic growth rate. We showed that a log-linear relationship between the Shanghai Composite and the implicit GDP growth target implied by China’s Five-Year-Plan since 1986. Interestingly, the time when Shanghai touched its bottom twice in the past, 2005 and 2014, coincided with the structural changes we discussed above. In this report two years ago, we wrote that the theoretical market bottom should be around 2,450, should the historic relationship persist.

On Oct. 19, the Shanghai Composite plunged to 2,449.197 before it rebounded. In the past two years, we documented a mysterious force that has prevented the Shanghai Composite from arriving at its theoretical bottom, and presented our findings to top policymakers. Recent public filings show that the “National Team” had left the market.

After the First Session of the Twelfth National People’s Congress on March 17, 2013, Premier Li Keqiang commented while answering questions from the press: “sometimes stirring vested interests may be more difficult than stirring the soul.” It is a candid and vivid assessment of the challenges that the Chinese market is facing. With the short-term policy tactical maneuvers, the Chinese market will attempt to heal, albeit hampered by overseas volatility. But before we see structural changes that “stir the soul,” the return of the great bull market remains elusive.