China Denies Stock Market Rescue Team Has Given Up 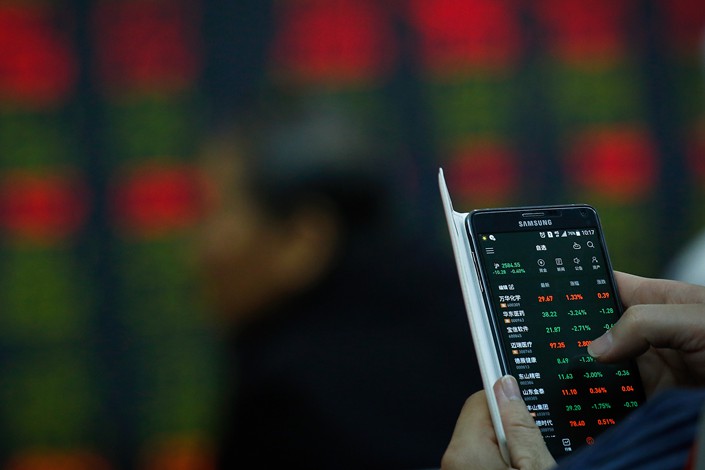 China’s securities watchdog has denied that some members of its “National Team” of state investors, tasked with stabilizing the stock market for the last three years, have been dumping their holdings.

In a brief statement issued on Monday after the country’s benchmark stock index fell 2.18%, the China Securities Regulatory Commission (CSRC) said that the state actors had actually been increasing their holdings of A-share companies, and that reports that five state-backed funds were liquidating their investments were misleading.

These five funds have had fewer than 200 investors for 60 consecutive days, which is below the minimum required by the CSRC. The funds on Friday said they will hold meetings with remaining investors to discuss terminating and liquidating the funds.

The CSRC said in its statement Monday that the “relevant institution” actually increased its holdings of stocks, referring to China Securities Finance Corp. (CSFC), which is leading what has become known as China’s National Rescue Team — a group of state-linked financial institutions brought together after the stock market crash in 2015 to buy shares to stabilize expectations when the market experienced turbulence. The five funds being liquidated, which received money mostly from CSFC, had bought at least 200 billion yuan ($28.7 billion) worth of shares at the time.

News emerged last week that the five funds had disposed of their entire holdings of equities and bonds in the third quarter, based on information given in their latest quarterly reports. They gave no explanation for the sales, causing alarm among investors and adding to turmoil in the market.

The reports that the five funds had sold their equities and bonds also led to confusion about the government’s intentions, especially as financial regulators and government officials have been releasing pro-growth investment policies, announcing measures to defuse the pledged-share crisis, and talking up the markets to try to shore up confidence and end the rout, which has seen trillions of yuan wiped off the value of shares over the past few weeks.

However, the five funds may have been liquidating their holdings because of the nature and structure of the funds, which were set up on July 31, 2015, when the Chinese stock market was slumping.