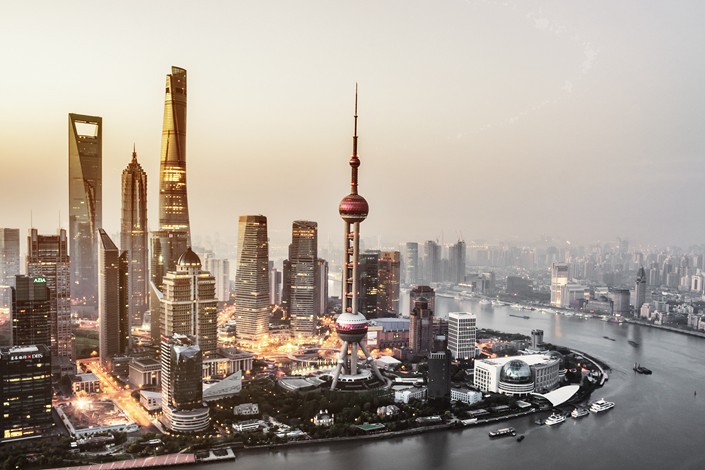 Editor’s note: This year marks the 40th anniversary of the launch of China’s reform and opening-up policy that has transformed the nation into an economic powerhouse. As the world seeks to better understand the major reforms underpinning the country’s rapid economic expansion, Chinese economists are a key group worth watching due to their role advising the country’s top leadership and increasing public understanding of the market economy. By doing so, they helped reshape what was once one of Asia’s most backward economies.

The following is the first installment in a five-part series about the economists behind China’s reform.

The roots of many of China’s most important transitions in the 20th century could coincidentally be found on boats. For example, a meeting on a tour boat in Jiaxing, Zhejiang province, was a prelude to the communist revolution in China. And the sound of the steam whistle on the vessel, the Bashan Boat, foreshadowed the nation’s economic enlightenment.

In 1985, China was seven years into the reform and opening-up campaign, and although it had taken steps to liberalize the economy, it was still mainly focused on rural areas. A modern economic governance system was yet to be established, but what happened on the Bashan Boat marked the beginning of one.

On Sept. 2, the then-new Bashan Boat was the setting for an “International Symposium on Macro Economic Management” meeting. It was sponsored by the China Society of Economic Reform, a research arm of the State Economic Structural Reform Commission, headquarters of the nation’s economic reform. At the invitation of the World Bank, the meeting included some of the world’s best-known economists, including Nobel Prize laureate James Tobin, former Oxford University professor Alexander Cairncross, and János Kornai, Hungarian economist and specialist in socialist state reforms, among others.

The entourage also included China’s top economic policymakers, including Xue Muqiao, director general of the State Council Economic Research Center, who is viewed by many as the father of China’s macroeconomic management practice. Some of the other figures covered in this special edition were also present, including Wu Jinglian. A few younger economists who attended have become familiar names in China’s economic news, like Guo Shuqing, now head of the China Banking and Insurance Regulatory Commission, and former Finance Minister Lou Jiwei.

Before boarding the Bashan Boat, the symposium attendees were given a warm welcome in Beijing by Chinese government leaders — evidence that China had made up its mind to establish its own economic management mechanism. Starting in late 1984, China was experiencing its first wave of inflation and economic overheating since the start of the reform and opening-up period. The unfolding crisis might have been a strong contributor to why the government encouraged the meeting of the experts on the Bashan Boat.

Discussions on the boat indeed focused on economic overheating, among many other topics linked to national economic reform. Economists from different schools of thought all concurred on the reasons that the economy was overheating, and all pointed to the cure as being the adoption of macroeconomic management. Although the urgency of an incoming economic crisis had pressured policymakers to search for a solution, the suggested “macroeconomic management” cure, a standard fix in the toolbox of today’s central banks and governments, was at the time something not fully understood.

The pioneering nature of the meeting on the Bashan can be understood from an interesting piece of trivia: It was on the deck of the boat that the standard Chinese term for macroeconomic management, “hong guan tiao kong,” was coined. Three economists — Wu Jinglian, Ma Hong and Edwin R. Lim— are credited as authors of the term.

During the meeting, the foreign economists suggested that China needed to undergo comprehensive reforms to turn it into a market economy, although their opinions differed on the exact approach and time frame. They unanimously agreed that an indirect and limited level of government management of the economy was also being applied in other more-open, more-market-oriented economies. Thus, building a market economy with limited government management became the goal for Chinese decision-makers in the following decades.

The meeting on the Bashan Boat can be seen as a turning point for China’s economic management. And one of the Chinese organizers, Xue Muqiao, is regarded as the driver of this change.

Ideology still played an important part in the early years of reform and opening-up. Xue was the economist who bridged the gap between what ideology would allow and what China’s economy needed.

Born in 1904 in Wuxi, Jiangsu province, Xue became a revolutionary and joined the Communist Party of China in 1927. He later became an economist and made his way up to become vice chairman of the State Planning Commission, the forerunner of today’s National Development and Reform Commission. Xue was removed from his post during the Cultural Revolution (1966-76), but that did not stop him from continuing his studies.

In 1979, he published an influential book titled “China’s Socialist Economy.” It became the beginner’s guide for China’s economic reforms during this period.

It was this book that helped Chinese decision-makers reconcile with the fact that the command economy did not work well for China, and that a new “socialist commodity economy” should replace the old system for the nation to prosper. Some say Xue invented the term “commodity economy” as a euphemism for “market economy” to ward off any ideological backlash.

As an early economic policymaker in the Communist Party of China, Xue was a rare character. Despite his faith in communism, he trusted the capabilities of the market and was willing to acknowledge the problems of the command-and-control system.

No others of his era had both the courage and the knowledge needed to advise decision-makers on how to shift from a command economy to a market economy. Before the publication of his book, the use of traditional Western economic theories to analyze the economy was taboo and seen as “capitalist.” But Xue managed to convince his readers that they were necessary devices to understand the economy. Without Xue, the Bashan Boat meeting could never have taken place.

Thanks to Xue and other forerunners, and of course the meeting on Bashan Boat, China finally understood that having adequate tools to harness market forces was an integral part of a successful market economy.

And further, using this new tool set was not the same as the old command-and-control-style approach.

The younger generation of Chinese economists onboard the Bashan Boat were impressed by how their foreign counterparts could read the state of China’s economy with the help of only a few indicators, and how they showed that the use of monetary and fiscal policy could help the economy adjust itself.

These methods were all previously unheard of in China. Most of the participants continued to be involved in economics, and some became the policymakers that oversee China’s economic policies today.

A little more than a decade after the Bashan Boat meeting, Chinese policymakers were adept enough with macroeconomic management tools to navigate China relatively unscathed through the 1997 Asian financial crisis. Even today, the same set of tools introduced to China during the Bashan Boat meeting is still the centerpiece of China’s economic policy and is used in the current deleveraging campaign.

In this sense, the understanding gained on board the Bashan Boat was far-reaching, and we still live under its influence.

The article has been revised to show Alexander Cairncross was a former Oxford University at the time.