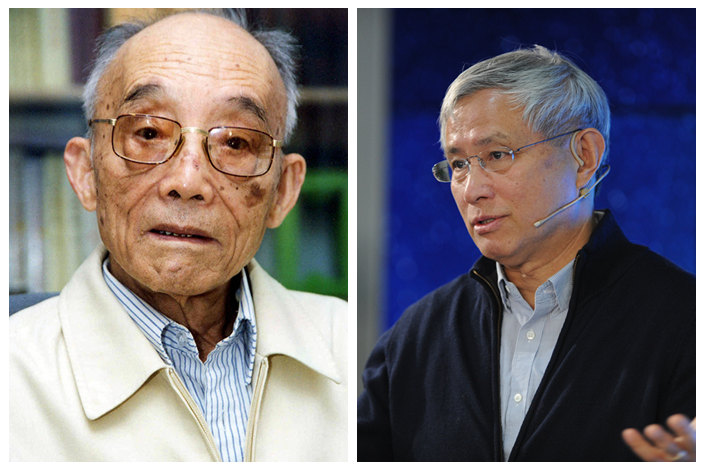 The following is the third installment in a five-part series about the economists behind China’s reform.

Rural reforms, or agricultural reforms, are an area that can’t be ignored in China’s four decades of economic reform. Many economists made convincing theoretical arguments for the rationality and legitimacy of rural reforms, thus helping eliminate political resistance.

One such key figure is the late rural policy expert Du Runsheng, who in 1953 was appointed secretary general of the rural work department under the ruling Communist Party. However, he was criticized by then Party leader Mao Zedong, who had radically different views on rural reform, and was dismissed from his post in 1955. Du suggested reforms that were far more “capitalist” than Mao would accept — for example, that farmers should be allowed to freely exchange commodities and rent out land. His views even earned him a stint in a forced labor camp during the Cultural Revolution.

After the country’s reform and opening-up began, Du was rehabilitated. In the 1980s, he was put in charge of the Communist Party’s rural policy research office and the central government’s rural development research center.

During that time, food and agricultural production was considered a major issue related to national security, as the deadly Great Chinese Famine of the late 1950s and early 1960s had psychologically scarred hundreds of millions of Chinese.

Du was one the most important economists to help establish rural economic reform in the late 1970s and early 1980s — a policy that motivated countless poor farmers by allowing them to establish family farms on collectively owned land.

Du and other Chinese economists advocated the establishment of a market-oriented system and played a key role in formulating rural economic policies, thus changing the fate of Chinese farmers. He died in 2015 at the age of 102.

A pioneering figure who laid the rural foundations of China’s market reforms, Du received all his education from within China. But as further reforms pushed ahead, those who followed him often drew on their formative experiences of studying abroad as well.

Zhou Qiren, one of the young people who conducted field research under Du’s guidance in the 1980s, is now a professor at Peking University and a leading specialist in rural reforms. Zhou studied in Europe and the U.S. in the late 1980s and early 1990s, and gained a doctorate in economics from the University of California, Los Angeles.

Zhou, 68, is still keen on field research, and has made significant contributions to promoting rural land ownership reform.

Many other top economists who made significant contributions to economics research and education in China also studied abroad in the 1980s or 1990s.

Among them are Xu Chenggang, an economics professor at the Cheung Kong Graduate School of Business, and Qian Yingyi, a professor at Tsinghua University.

Xu and Qian won the first China Economics Prize in 2016 for their contributions to research in incentive mechanisms of the government and enterprises in a transition economy.

Xu, 68, has conducted research on centrally planned economies, and China’s township and village enterprises. He received a doctorate in economics from Harvard University in 1991, and once served as a consultant for the World Bank and the International Monetary Fund.

Qian, 62, focuses on research in comparative economics and transition economics. He obtained a doctorate in economics from Harvard after earning a master’s degree in management science and operations research from Yale University, and one in statistics from Columbia University. He spent years teaching at several U.S. universities, including Stanford University and the University of California, Berkeley. He was the dean of the School of Economics and Management at Tsinghua University from 2006 to August 2018.

Justin Yifu Lin, a veteran of Taiwan’s military, is also seen as one of China’s leading economists. Lin, 66, a professor at Peking University, is a specialist in development economics. In 1994, he jointly founded the university’s China Center for Economic Research, which later became one of the country’s most important think tanks. In 2008, he was appointed World Bank chief economist and senior vice president.

Lin was among the first batch of Chinese students that went to the U.S. for further study after the launch of China’s reform and opening-up policy. He holds a doctorate in economics from the University of Chicago.