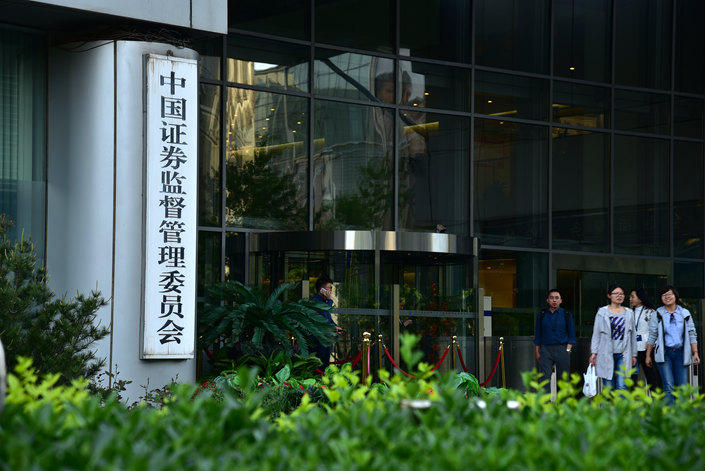 China wants to make it harder for its listed companies to take their shares off the market when the market turns against them.

The China Securities Regulatory Commission (CSRC) announced late Tuesday that it will strengthen rules for share suspensions to curtail abuse of the practice.

Such suspensions have often been used by companies as an excuse to stop their shares from sliding when bad news hits the market, and can sometimes drag on for months, leaving shareholders in the lurch when their money gets locked up in stocks they can no longer sell. The issue is also on one of foreign investors’ key concerns about China’s markets.

Although some progress has been made, trading halts in China remain too frequent and too long compared to those of mature markets, the CSRC said in a notice on its website, pledging stronger enforcement.

In 2016, shares of 74 Shanghai-listed companies were suspended on average each day, according to the Shanghai Stock Exchange. In 2017, that figure was 69. Those figures accounted for around 6% and 5% respectively of all the companies listed in those years, according to Caixin calculations.

As of August, the average number was around 73, according to the exchange.

Pressured by trade war fears, slowing economic growth and a tighter financing environment, China’s stock markets have been among the world’s worst performing in 2018, though there has been a slight rebound since late October, when the benchmark Shanghai Composite Index hit a four-year low.

Existing rules technically allow companies to suspend trading for up to three months for major asset restructuring. The CSRC said it will reduce this limit, but did not say by how much. Shares in the film unit of Chinese entertainment titan Dalian Wanda Group plunged Monday after a 16-month suspension was lifted. Wanda had suspended its shares to complete a restructuring.

Companies should halt trading only in exceptional cases, the regulator said, and shares should continue to be traded during bankruptcy restructuring. Companies should not suspend trading for “arbitrary” reasons. The CSRC added that it will also increase information disclosure requirements for companies that want to suspend trading and more strictly enforce them.

The abuse of trading suspensions has become a major obstacle to global acceptance of China’s stock markets, with index compiler MSCI specifically citing such stoppages as a cause for concern in its landmark decision in June to include domestically traded A-shares in its indexes.