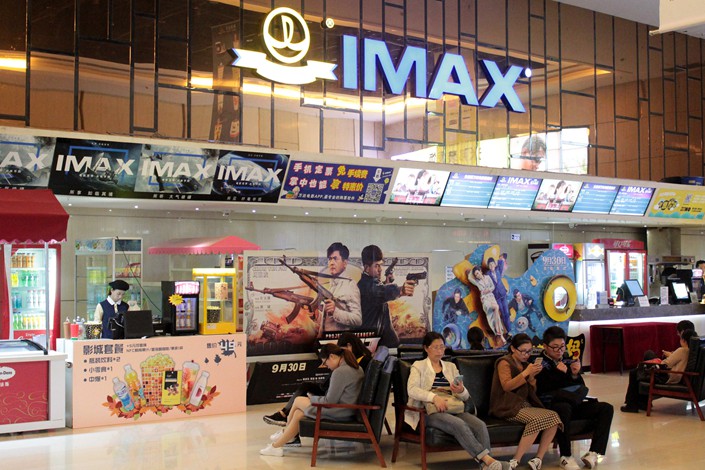 The film unit of Chinese entertainment titan Dalian Wanda Group opened down beyond the daily 10% limit on Monday, the first trading day after shares were suspended to allow the company to work out an asset restructuring plan.

Wanda, the owner of U.S. film studio Legendary Entertainment, suspended trading of its shares in July 2017 as it began preparing the plan that eventually saw it inject $15 billion worth of filmmaking assets into its Shenzhen-listed unit Wanda Film Holding Co. Ltd. The final deal was considerably smaller than the first restructuring plan the company issued in early 2016, which later collapsed.

The value of the transaction totaled around 106 billion yuan ($15 billion), less than one-third the size of the 2016 proposal and nearly 10% less than the June draft of the plan, which set the framework for the final deal — pending regulatory approval.

The June plan raised questions at the securities regulator due to its high valuations, large total deal price and the huge goodwill involved. Goodwill is an intangible asset that arises when one company purchases another for a premium value. But Wanda Film repeatedly delayed answering these questions, until the latest plan was released.

Wanda Film said that the deal has been downsized and that the movie market is promising. But the transaction is still pending approval by the company’s shareholders, the securities regulator and the national market administration.

Legendary Entertainment, which has produced films including the “Dark Knight” trilogy of Batman movies and the last two Jurassic Park features, was part of the 2016 blueprint but was left out of both the June plan and the final deal.

Market reaction to the downsized deal, the details of which were disclosed before trading resumed Monday, saw Wanda Film’s market cap shrink by 6 billion yuan. The company said that it would issue new shares to finance the transaction.

Upon clarifying the exclusion of Legendary Entertainment from the deal, Wanda Film said that the transaction aimed at cementing Wanda’s leading position in the domestic film market only, and that the U.S.-based Legendary isn’t relevant to the deal. It added that foreign film titles have very limited access to the China film market.

Wanda is China’s top film distributor. Films in which Wanda invested raked in 15.8 billion yuan last year, occupied about 28% of the market. Wanda said that the asset restructuring will help the film unit to expand its business from cinema operation into movie production.

The deal has finally arrived at a time when mergers and acquisitions (M&A) in China’s turbulent entertainment and media industry have slowed since 2016, and the regulatory reviews of such deals have become stricter. According to Caixin calculations, 20 transactions in the sector were killed between 2017 and the end of June this year, and half of the blocked ones took place in the first half of 2018.

China’s film sector has been experiencing a shake-up this year as Beijing has launched a campaign to regulate show business tax payment after punishing the country’s highest-paid actress for tax evasion.

Some of Wanda Film’s subsidiaries are registered in the tax-haven border town of Khorgas in Northwest China’s Xinjiang Uygur autonomous region, which has been in the spotlight recently amid the campaign against tax evasion. Wanda said the tax reduction it now enjoys through its Khorgas registrations will expire by 2020.