China Vows to Clean Up Tax Evasion in Film Industry 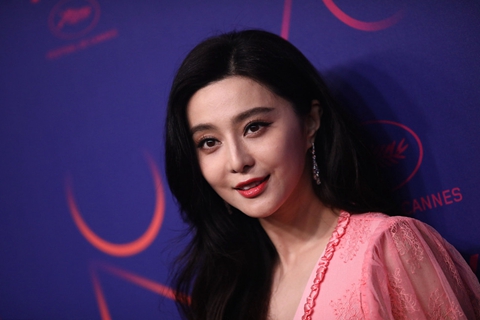 China kicked off a campaign to regulate tax payments in the film and TV industry as it tightens tax policies and collection methods after punishing the country’s highest-paid actress for tax evasion.

Individuals and companies in the entertainment industry are required to launch self-inspection of their tax payment practices and must pay any taxes due dating back to 2016, the State Administration of Taxation (SAT) said Monday in a notice (link in Chinese).

The announcement came after leading Chinese actress Fan Bingbing last week was ordered to pay 884 million yuan ($129 million) in fines. Fan, 36, who had roles in the Hollywood blockbuster X-men and Iron Man films, was accused of using “yin-yang” dual contracts to hide some of her income from tax authorities.

The SAT vowed to improve the taxation system in the entertainment sector and said it will launch a probe into film and related companies in March next year. Those who still refuse to take action will be severely punished, it said.

Separately, at least five senior tax officials in the eastern city of Wuxi, where Fan’s company is based, were warned, reprimanded or lost their jobs for negligence and mismanagement over the Fan case, the official Xinhua News Agency reported Monday. That included the head of the local taxation bureau.

Yin-yang contracts are commonly used in China’s entertainment business to disguise income. One contract sets out the real payment terms, while the other shows a much lower figure for tax purposes.

In Fan’s case, investigators found the actress paid taxes on only one-third of the 30 million yuan she got from appearing in “Unbreakable Spirit,” a Chinese action war-drama, which has been canceled for its release due to the scandal. She evaded taxes on the remaining 20 million yuan she earned from the film.

Since June, regulators have stepped up scrutiny of tax payments in the film and TV industry and vowed to control “unreasonable” rates of pay. The SAT in July issued a notice requiring that film industry participants should faithfully report their earnings and pay the proper taxes.

Meanwhile, local authorities are increasingly abandoning preferential tax rates for individual studios and have tightened their accounting practices to make studios pay the full personal corporate taxes that are due, Caixin learned.

Tightening regulatory scrutiny has taken a toll on China’s film and TV stocks.

The shares of Chinese studios fell across the board Monday, the first trading day after the seven-day nationwide holiday starting Oct. 1. Most of the leading studios had declines of more than 3% during the day.

The weeklong holiday usually is one of the country’s biggest box-office periods of the year. But this year receipts fell 22% to 1.8 billion yuan from a year ago, data from box-office analysis company Artisan Gateway shows.