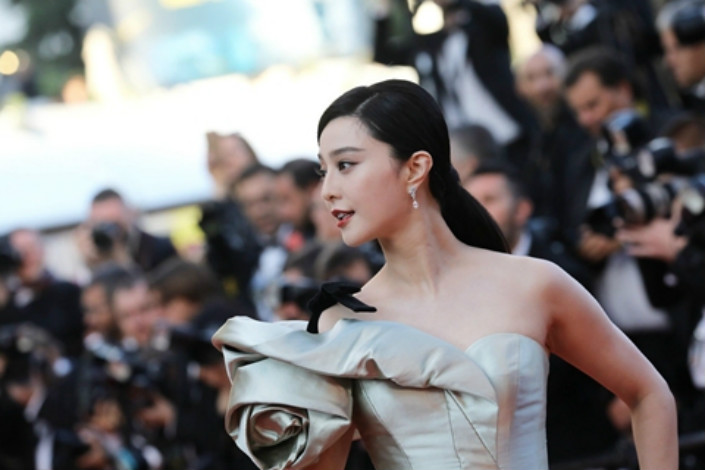 Leading Chinese actress Fan Bingbing has been ordered to pay hundreds of millions of yuan in fines and taxes over tax evasion, following an investigation by taxation authorities, the official Xinhua news agency reported on Wednesday.

Fan, a household name in China, was personally ordered to pay around 479 million yuan ($70 million), and the companies she controls another 404 million yuan, according to the Xinhua report (link in Chinese). The actress would not face criminal charges if she pays the fines before a deadline, as she was not involved in any similar cases before, the report said, citing Chinese laws.

After the Xinhua report came out Fan apologized immediately in a statement on her official microblog. (link in Chinese) “I have been on a thorough self-reflection after going through unprecedented agony and pain recently,” she wrote in Chinese. “I am ashamed and regret what I’ve done and I sincerely apologize to all,” she told her 63 million followers on the Twitter-like site Weibo. She added that she would comply fully with the tax authority’s order.

The government launched the investigation in June, when authorities received related complaints from citizens that Fan was using “yin-yang contracts” to hide some of her income from tax authorities, Xinhua said.

Fan paid taxes on only one-third of the 30 million yuan she got from appearing in “Unbreakable Spirit,” a Chinese action war-drama, which is set for release later this month. She evaded taxes for the remaining 20 million yuan she earned from the film, the investigation found.

Fan’s agent, whose surname is Mou, is being held on suspicion of criminal activities. Mou is accused of obstructing the tax authority’s probe in the case, including destroying evidence, according to Xinhua.