By Li Rongde and Shi Rui 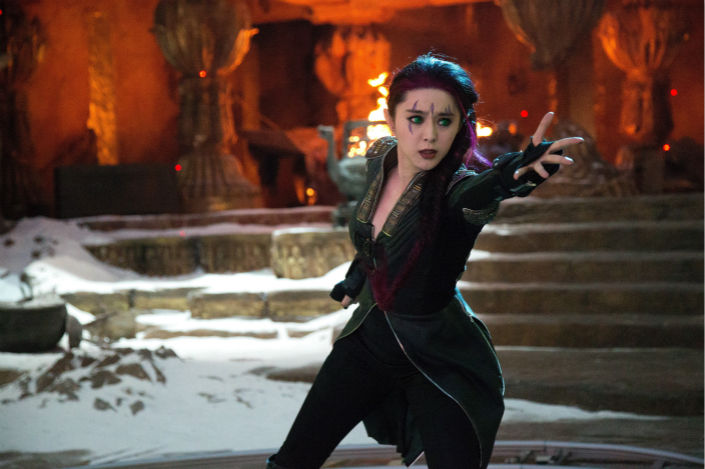 Fan Bingbing, a Chinese equivalent of Angelina Jolie, has landed in hot water with China’s tax collectors over allegations of using business contracts to evade taxes.

The tax authority in the city of Wuxi, in East China’s Jiangsu province, is looking into Fan’s company for potential tax violations, according to the state-run Legal Daily newspaper, citing a tax official. It did not provide any further details.

Her studio, a combination of a production company and casting agency, is based in Wuxi.

China’s State Administration of Taxation (SAT) confirmed on Sunday it has ordered its Jiangsu branches to look into accusations that a certain unnamed film and TV worker had violated the tax codes using “yin and yang contracts.” That report also did not provide specifics.

The probe comes as China’s tax collectors tighten their scrutiny of high-income groups and celebrities for potential tax evasion. Such behavior is relatively common in China, where mistrust of the government runs deep and such taxes didn’t even exist until the advent of market reforms over the last three decades.

Fan, a star of film and television, is a household name in China. She burst onto the global stage in 2014 when she played the “Blink” character alongside Hugh Jackman as the first-ever Asian mutant in the ‘X-men’ film series.

Fan was also last week accused by Cui Yongyuan, a former popular talk show host, of making 60 million yuan ($9.3 million) in four days of shooting, including 50 million yuan via a hidden contract. Cui did not reveal the name of the production and when Fan got involved.

In several posts on his microblog, Cui said he was not specifically targeting Fan, 37, but instead was taking aim at celebrity director Feng Xiaogang and scriptwriter Liu Zhenyun. That pair made the 2003 Chinese blockbuster “Cell Phone,” in which Fan played a mistress of a TV talk show host, and are now making a sequel that will feature Fan again.

Fan, via her studio, dismissed Cui’s allegations, and said his posts are a breach of business confidentiality and infringed upon her legal rights.

Fan has topped the Forbes China Celebrity 100 list for five years in a row and made 300 million yuan from July 2016 to June 2017, according to Forbes.

If she is found guilty of a crime, she would join U.S. movie star Wesley Snipes, who in 2008 was convicted of failing to file tax returns and sentenced to three years in prison.

Tax evasion is punishable by up to seven years in prison under Chinese law. However, first offenders are usually simply fined, and only those who fail to pay more than three times typically face a criminal investigation, according to Ding Jinkun, a Shanghai-based lawyer.

Veteran film and TV superstar Liu Xiaoqing was detained in 2002 and locked up for more than a year for allegedly failing to pay 14 million yuan in taxes. Prosecutors ultimately decided not to charge her as she was found to have unintentionally committed the tax evasion.