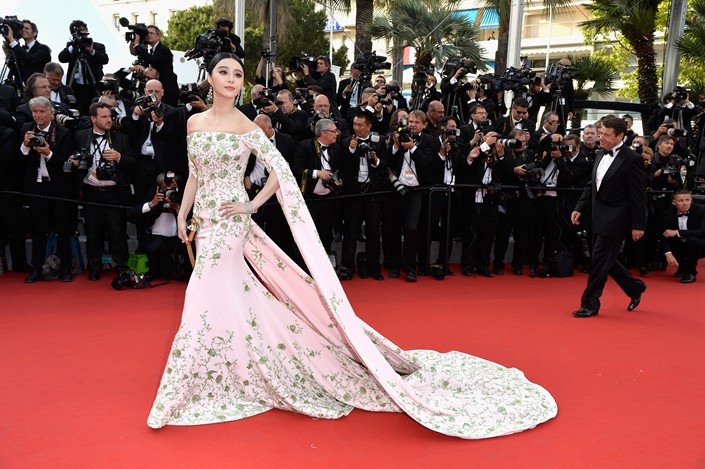 (Bloomberg) — Up until a few months ago, the future looked bright for Fan Bingbing. As one of China’s biggest movie stars, she had featured in a couple of Hollywood superhero blockbusters and scores of local films, with many other projects in the pipeline.

Then in June, she became embroiled in a scandal about movie stars under-reporting their earnings, resulting in Chinese tax authorities investigating the industry — including Fan — for possible evasion. The 36-year-old actress, who has 63 million followers on the Twitter-like Weibo, has since vanished from public view — no more social media updates, no more paparazzi photos and no more public appearances. Fan has denied wrongdoing and a representative for her studio could not be reached for comment.

For film executives, Fan’s disappearance is a reminder of the perils of show business in the most-regulated major entertainment market in the world, where the Communist Party of China weighs in on everything from the appropriateness of costumes to the salaries of movie stars. The episode is also prompting Chinese studios to wean off a reliance on A-list stars to drive big hits, a shift Hollywood made years ago.

“The crackdown will force studios to focus on making quality content rather than simply relying on the star-driven formula,” said Leiger Yang, founding partner at Beijing-based Landmark Capital, which invests in entertainment startups and studios.

Fan vanished from public view one day before the State Administration of Taxation on June 3 announced a probe into the star’s tax filings after a former China Central Television host posted what appeared to be partially redacted contracts that allegedly disguised compensation Fan received from a studio for a film. Weeks later, the host said the contracts weren’t related to the star.

Fan’s silence and the crackdown are also intended to make a political point, said Stanley Rosen, a University of Southern California political science professor who studies China and its film industry.

“Social media and public opinion, as you know, are important drivers of policies in this area, particularly when it comes to perceived inequalities, the super-rich, and cheating,” Rosen said. Still, he predicts the government won’t deepen its crackdown in a way that harms the industry longer term.

While authorities may not directly undermine bankable stars, industry trends show stellar casts are no longer sure bets.

Just before “Dying to Survive,” a low-budget Chinese comedy-drama without big stars became the summer smash hit, “Asura,” the big-budget, star-studded epic on mythology bombed at the box office and was withdrawn immediately after its opening weekend. Trade magazine Variety called it “the most expensive flop in Chinese history.”

“Story of Yanxi Palace,” a 70-episode drama co-produced by and streamed on iQiyi, China’s Netflix, emerged as a surprising summer hit with a mostly young, lesser-known cast. A Qing dynasty tale of scheming concubines, the drama has been streamed more than 15 billion times, according to iQiyi.

The success of the drama “brings a new turning point and new opportunities to the industry that has been pressured by excessive compensation for celebrities," iQiyi CEO Gong Yu said in Beijing Aug. 26 at an event to celebrate the drama’s conclusion. "The industry should stop overcompensating celebrities in low-quality productions just because they have huge fan bases."

Gong’s streaming platform was among a group of film and TV companies that issued a joint statement on Aug. 10 saying they would work together to resist overpaying top talent and devote more resources to better productions.

Over time, this will lead to a reduction in shoddy productions and give the industry an opportunity to focus on quality, said Yin Hong, a professor of TV and film studies at Tsinghua University.

Only about half of the 800 or so films made by Chinese studios last year made it to a cinema and among those 400, fewer than a quarter sold at least 100 million yuan ($14.6 million) in tickets. That’s in a market where the threshold for a hit is considered about 1 billion yuan in sales.

“The industry is undergoing a lot of pain right now,” Yin said. “But if dealt properly, it will be a good opportunity.”