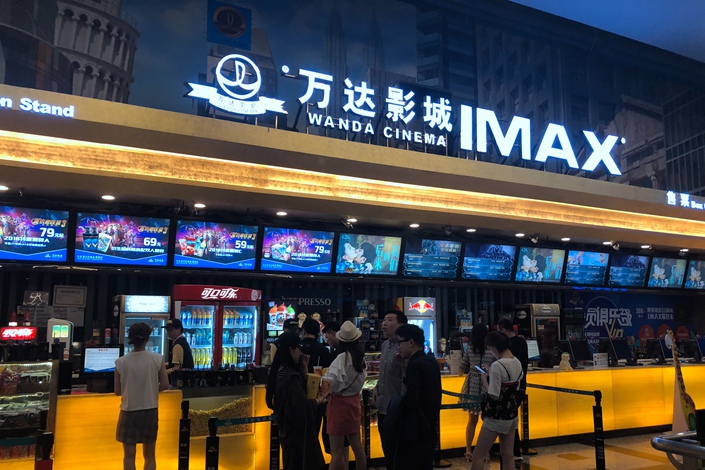 A Wanda cinema in Beijing on April 29. Photo: VCG

Wanda Film Holding Co. Ltd., the company’s cinema chain, said on Monday it will buy a 96.8% stake in the film studio Wanda Media for 11.6 billion yuan ($1.77 billion) through cash and newly issued shares.

After the deal, Wanda Group’s billionaire chairman, Wang Jianlin, will indirectly control 42% of the Shenzhen-listed unit, according to a statement (link in Chinese).

Upon completion, Wanda Film’s main businesses will be expanded to production, distribution and operation of film, television and online games, the company said.

Wanda Film suspended trading in July, when it first revealed plans to consolidate its film-related assets. Wanda Film’s will remain suspended from trading in Shenzhen, the company said.

California-based Legendary Entertainment — which Wanda Group acquired in early 2016 — was not included in the deal. Legendary was expected to be incorporated into Wanda Film, but the move was put on hold due to what Wanda said was “regulators’ demand that Legendary prove that it can make a profit before being integrated into the unit.”