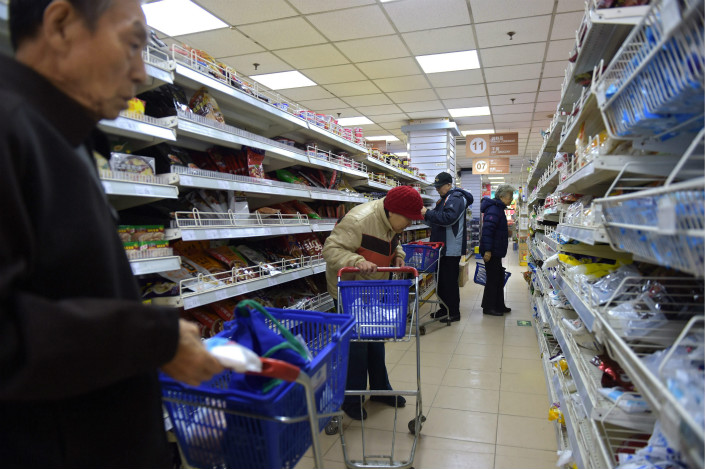 E-commerce giant Alibaba has extended its push into traditional retail by installing two of its own executives at a leading supermarket operator just two months after buying a major stake in the company.

Alibaba Group Holding Ltd. CEO Daniel Zhang has been appointed as chairman of Sun Art Retail Group Ltd., owner of the Auchan and RT-Mart chains in China, according to an announcement filed with the Hong Kong stock exchange. In addition, Alibaba Vice President Chen Jun has been named a nonexecutive director of Sun Art, with both men serving for three-year terms.

Sun Art’s own executives Huang Ming-Tuan and Cheng Chuan-Tai have resigned as executive director and chairman of board, respectively.

The changes come two months after Alibaba bought more than a third of Sun Art for HK$22.4 billion ($2.87 billion). Sun Art is a leading hypermarket operator in China with 14.6% share by retail sales, ahead of well-known foreign brands including Walmart and Carrefour, according to market research firm Euromonitor International.

Alibaba has begun to aggressively expand its offline businesses in the last two years, following founder Jack Ma’s belief that the future of retail will be a combination of online and traditional brick-and-mortar selling.

Alibaba has also experimented with a number of concepts mixing traditional retail with high-tech elements. Those include an unmanned convenience store that the company unveiled last year, and also a high-tech shopping mall that it is reportedly building in its hometown of Hangzhou.