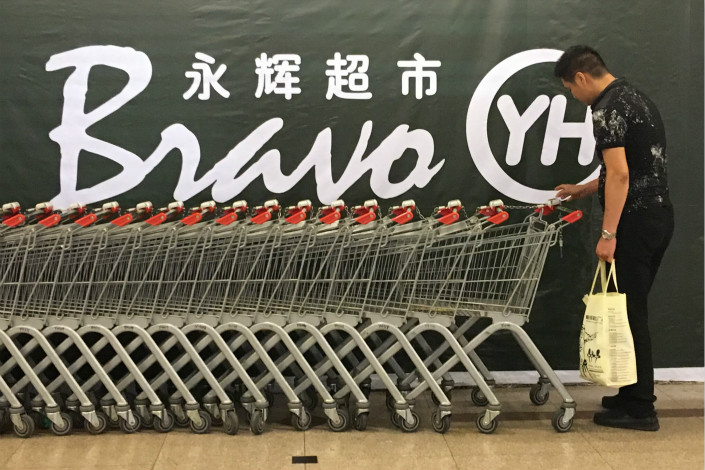 The deal will see Yonghui’s stake in Chengdu Hongqi Chain Co. Ltd. more than double to 21% from its previous 9%. As part of a boosted alliance, the pair, together with Hongqi’s community service partner, CMIG Futurelife, will partner in store improvement and logistics, Yonghui said in a filing to the Shanghai Stock Exchange on Wednesday.

Hongqi is a top supermarket operator in populous interior Sichuan province, which could help Yonghui strengthen its coverage in the area. Yonghui, China’s fourth-largest supermarket operator, had only 42 stores in Sichuan by the end of June, while Hongqi had about 2,700, according to company sources.

China’s retail industry has entered a phase of consolidation, with the largest stores leading a charge to boost efficiency, according to a report by Haitong Securities that commented on the Yonghui-Hongqi deal.

As a major regional company, Hongqi is looking to larger peers that can help its development, according to Guotai Junan Securities.

The tie-up marks the latest such move in a broader wave of integration within China’s fragmented grocery industry.

Shares of Shanghai-listed Yonghui edged up 0.49% on Thursday, while Shenzhen-listed Hongqi rose 5.27%.