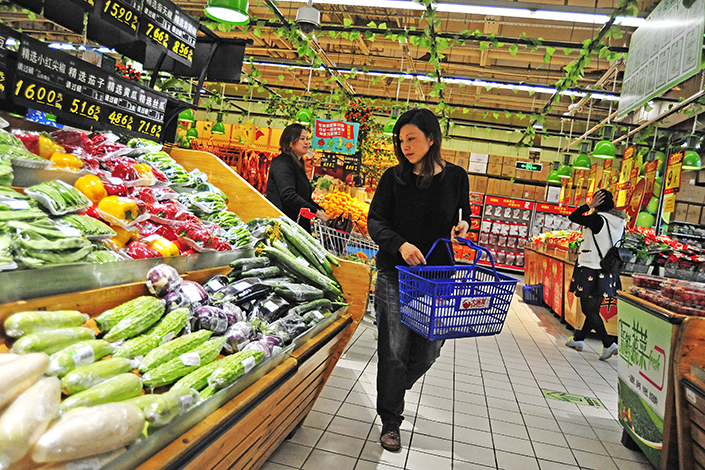 Shoppers buy vegetables at a supermarket in Nanjing. Chinese retailers reported 181 billion yuan in losses due to worker theft, shoplifting and corruption in 2016. Photo: Visual China

Now, retailers are fighting back. The committee announced a new, employee background database through which retailers will share information about specific cases of corruption impacting their companies.

The database project was outlined at a recent, government-sponsored forum in Beijing as a weapon in the fight against bricks-and-mortar retail sector crime, which a committee survey said costs an average 486 yuan per employee-related incident.

Retailers have shown strong interest in new technologies designed to prevent insider crime. Some 85% of the companies surveyed said they would join the database, while some 83% said they'd like to install face-recognition systems.

A corrupt worker may bribe government officials working for a regulatory agency or use a retailer’s resources for embezzlement or other schemes, explained committee Director Cao Xiaoning.

Another source of retailer bleeding is shoplifting, which the survey found costs an average 298 yuan per instance. Various forms of worker misconduct, supplier theft and fraud also contribute to retailer losses.

By rolling out the database, bricks-and-mortar retailers are moving to catch up with e-commerce companies.

Last year, Baidu reported 10 instances and JD.com handled 17 cases of internal corruption. JD.com turned up the heat on corruption in February by leading a dozen companies including Walmart and Yonghui in forming the Trust and Integrity Enterprise Alliance.