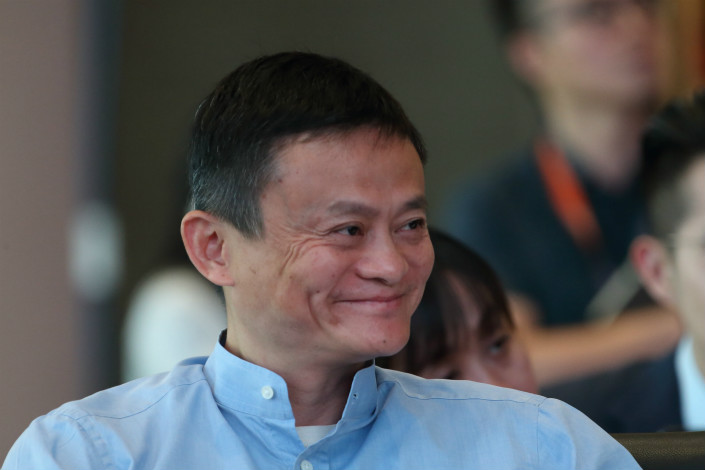 Alibaba, the operator of China’s largest online sales platform, is reportedly building its own mall as it seeks to enrich the real-world shopping experience with technology and convenience.

The five-story shopping center — which the company is calling “More Mall” — is located at Alibaba’s headquarters in the eastern Chinese city of Hangzhou.

The mall was built on a 40,000-square-meter plot of land and is scheduled to open in April, according to linkshop.com. Currently, construction crews are finishing up work on the building’s interior.

This year marked the start of Alibaba Group Holding Ltd.’s “new retail” era — a phrase the firm has seeded in its announcements. In essence it is a strategy to blend online, offline, logistics and data units across a single value chain, Alibaba founder Jack Ma said in February.

Alibaba will bring its “new retail technologies” to More Mall, including high-tech makeup-testing mirrors and virtual fitting rooms, the report said, citing unnamed sources with knowledge of the matter. Alibaba unveiled these technologies in June in what it called a “New Retail Interactive Store,” in a shopping mall in Hangzhou.

More Mall will exhibit a number of brands that are on sale on Alibaba’s e-commerce platform Taobao, as well as many conventional retail brands. It will also introduce Alibaba’s grocery store, dubbed Hema. The outlet will be the first flagship Hema store in Hangzhou.

Introduced in 2015, Hema was part of Alibaba’s new retail strategy to revive traditional supermarkets. With a vision to mix online and offline shopping experiences, Hema rolled out an app that allows users to order groceries for delivery on their cellphone and use Alibaba-affiliated online payment platform Alipay to make purchases. Hema also has brick-and-mortar stores just like normal convenience stores, which allow customers to hand-select food and dine inside.

“Alibaba believes the future of New Retail will be a harmonious integration of online and offline,” said Daniel Zhang, CEO of Alibaba Group, in a statement in July.

E-commerce currently accounts for around 15% of total retail in China. Alibaba’s goal is not to make incremental progress on that 15%, but to digitally transform the remaining 85%, the company said in an online post.

With the new goal, Ma seems to have doubled down on a bet between him and Wang Jialing, founder of Dalian Wanda Group, China’s largest commercial property developer, which operates shopping malls and movie theater chains throughout China.

In 2012, Ma told Wang the e-commerce sector will eventually “basically” replace traditional retail, though it won’t be able to completely replace it. Under the terms of the bet, if online consumption has exceeded 50% of China’s total retail volume in 2022, Wang would pay Ma 100 million yuan ($15.3 million). If not, Ma would give Wang the same amount.