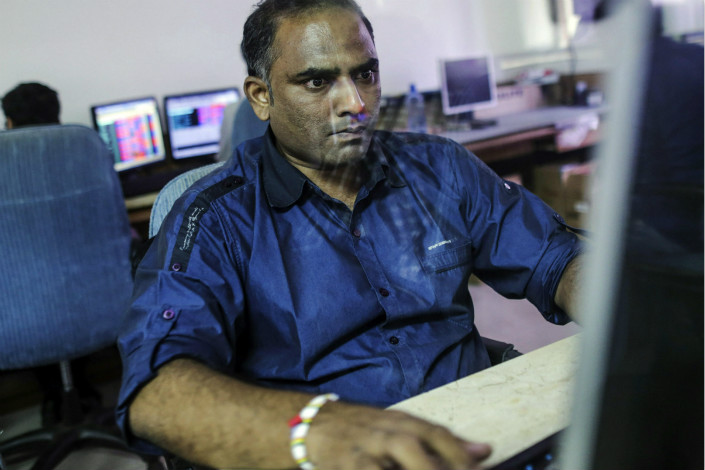 A top official at India’s Ministry of Electronics and Information Technology said it is looking into whether the Chinese web browser, UC Web, is sending the private data of Indian users back to China. Photo: Visual China

India is investigating Alibaba’s UC Web for possible privacy leaks, raising the possibility that the mobile browser could be banned in a market increasingly viewed by Chinese tech firms as the new land of opportunity.

A top official at India’s Ministry of Electronics and Information Technology said it is looking into whether the Chinese web browser is sending the private data of Indian mobile users back to China. UC Web claims half the market in India, the world’s second-largest mobile population.

The government body had received complaints against UC Web, which is also known as the mobile division of e-commerce giant Alibaba. If it is found to be engaging in data privacy breaches, the Indian official said Wednesday, it could be banned.

UC Web, based in Guangzhou, said in a response on Wednesday, “we take security and privacy very seriously, and work hard to comply with local regulations of each region we operate in.”

It said it collects user information, with user authorization, as is a standard practice in the industry to provide more localized services.

In its statement, the company didn’t directly address the Indian government’s inquiry.

India is considering toughening its data privacy laws. The nation’s IT Minister Ravi Shankar Prasad says the government has set up a committee to study data protection issues, putting “cyber security as the key focus,” according to the Kolkata-based newspaper The Telegraph.

In a related move earlier this month aimed at tightening control over private user information, the Ministry of Electronics and Information Technology asked 21 smartphone makers in the nation — the majority of which are Chinese, including Xiaomi, Vivo and Oppo — to share information about their steps to prevent data leaks and ensure privacy.

The announced investigations come as tensions over borders grow between India and China. Some Indian officials have called on traders and merchants to boycott Chinese goods to put pressure on its neighbor.

Chinese names such as Alibaba and smartphone makers Oppo and Vivo have a heavy presence in India. Although there is no indication that Chinese brands are being targeted, these tech firms would be among those most affected if India increases scrutiny over cybersecurity.

Chinese smartphone makers have become the top vendors in India, together taking more than half of the smart handset market.

UC Web’s parent company Alibaba is eyeing India as one of the next major markets for expanding its e-commerce and payment empire. In 2015, it teamed up with India’s largest payment provider Paytm, and its vying to become a top service provider in the South Asian country.