By Charlotte Yang and Cheng Siwei 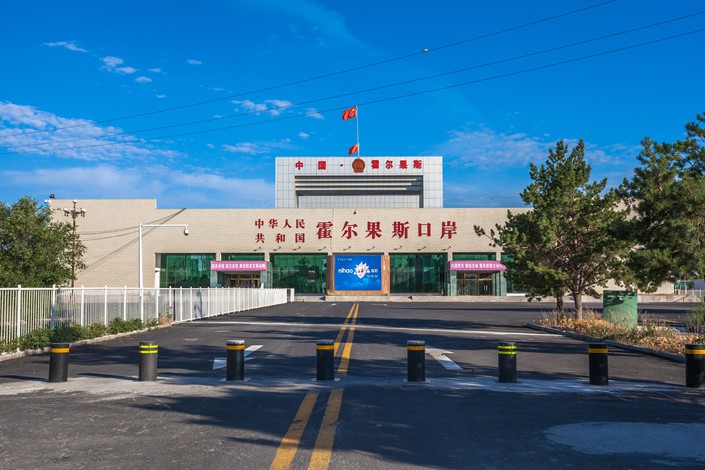 Chinese film and TV production firms have rushed to deregister their corporate entities in the tax-haven northwest border town of Khorgas in the Xinjiang Uygur autonomous region.

Their actions follow a heavy fine that was handed down to Chinese A-list actress Fan Bingbing for tax evasion, and come as authorities step up scrutiny of tax practices in China’s entertainment industry.

Caixin has identified over 70 film and TV production and distribution firms that have issued notices of cancellation of their company registration in Yi Li Daily, Xinjiang’s local newspaper, since June 1.

Many of the companies have ties with household names in China’s film industry, including award-winning director Feng Xiaogang, and director and actress Xu Jinglei.

A company must complete a clearing process and publish a newspaper announcement before it can file for cancellation of registration, according to Chinese company law.

Many in the entertainment industry are jittery about their tax payment practices in the wake of the authorities’ handling of Fan’s tax evasion case. A household name in China, Fan was ordered last week to pay restitution of around 479 million yuan ($69.3 million), and the companies she controls another 404 million yuan.

The State Administration of Taxation (SAT) requested individuals and companies in the entertainment industry on Monday to launch a self-inspection of their tax payment practices and pay any due taxes dating back to 2016.

The SAT vowed to improve the taxation system in the entertainment sector and said it will launch a probe into film and related companies in March. Those companies that had not made remedial payments by then will be severely punished, it said.

The Chinese-Kazakh border town of Khorgas has become a tax haven, shielding many companies in recent years.

To boost local economic development, the government has introduced a number of policies since 2010 that exempt newly registered companies in some industries from payment of corporate income tax for five years.

The exemptions start from the tax year in which a company’s first production and operations income is reported. After the exemption period, companies could continue to enjoy some local five-year fiscal benefits.