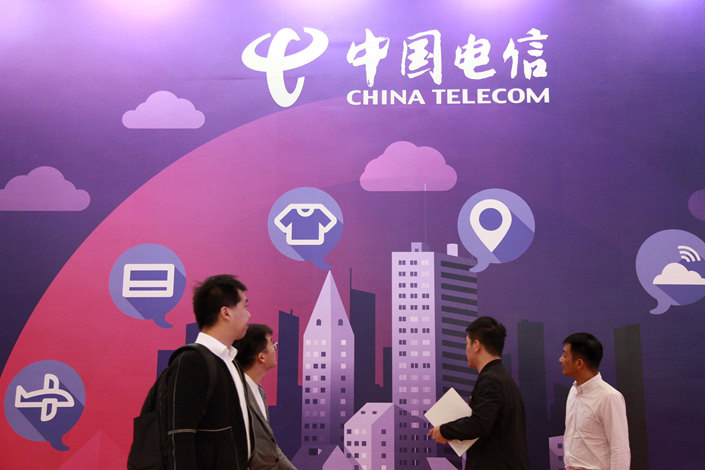 A consortium led by the parent of China Telecom has been granted a “provisional” license to run the Philippines’ third telecom network, a win analysts said was born from the “political advantage” of good ties between the two countries.

On Wednesday, the National Telecommunications Commission of the Philippines awarded the country’s third wireless carrier license to a consortium called Mislatel, which consists of the state-controlled China Telecommunications Corp., as well as two units controlled by local tycoon Dennis Uy — Udenna Corp. and its subsidiary Chelsea Logistics Holdings Corp.

Foreign companies that previously expressed interest, including South Korea’s KT Corp., Vietnam’s Viettel and Norway’s Telenor, had dropped out of the running. Two rival bids from local companies were rejected for “being incomplete,” Reuters reported.

China Telecom’s win comes as Philippine President Rodrigo Duterte has made strengthening business ties with Beijing his top foreign policy priority. Duterte has repeatedly expressed a desire for a Chinese telecom firm to enter the Southeast Asian country, which is notorious for its poor networks.

The network will be one of the few operated by a Chinese carrier outside its home market. China is actively pushing its infrastructure specialists to make such moves under the Belt and Road Initiative, specifically encouraging companies to seek projects in developing markets like the Philippines.

“The deal was likely politically motivated and supported by the (Chinese) central government as part of the Belt and Road Initiative,” said Chris Lane, an analyst at Sanford C. Bernstein & Co., based in Hong Kong.

The Philippines’ interest in accepting Chinese investment in its sensitive telecom space was first reported last November during a visit to the country by Premier Li Keqiang. It was then that President Rodrigo Duterte invited China to establish a third carrier. The Philippines is already home to incumbent carriers PLDT Inc. and Globe Telecom Inc.

Subsequent reports in December cited Duterte as saying that China Telecom, the smallest of China’s three big state-run carriers, had been selected to explore the project.

“China Telecom is currently having a preliminary study on the investment opportunity in the Philippines and no concrete plan has been determined yet,” China Telecom told Caixin in December. It did not provide any additional information, including a timetable or the potential size or cost of a network it might build.

In a statement issued Thursday to Caixin, the Mislatel consortium said it’s “no less grateful to the NTC (National Telecommunications Commission) for carefully reviewing all the entries and presenting a historic opportunity to provide the best telecommunications services that Filipinos have been aspiring for.”

The consortium said it’s confident that Udenna’s supply chain and knowledge of local industries will complement the technology and telecommunications expertise of China Telecom. It added that Chelsea Logistics will be able to speed up the development of the network with its expertise in logistics and distribution.

According to local news outlet the Manila Standard, Mislatel is committed to investing 257 billion pesos ($4.9 billion) over five years, with 150 billion pesos to be spent during the network’s first year of operation.

The group aims to provide internet speeds of up to 27 megabits per second (Mbps) and cover 34% of the population in the first year. It aims for 55 Mbps and 84% coverage in five years.