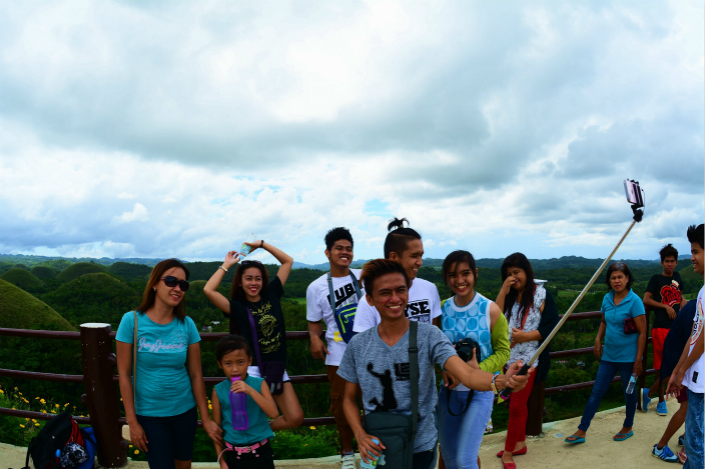 A new, third telecom carrier in the Philippines operated by China Telecom would be one of the few operated by any Chinese carrier outside its home market. Above, tourists take selfies at the central Philippines' Bohol Island on Feb. 1. Photo: Visual China

China Telecom is studying the possibility of building a new wireless network in the Philippines — the latest signal that Beijing is pushing its infrastructure builders and operators to explore overseas opportunities under its “Belt and Road” initiative.

China’s three wireless carriers have remained a largely insular group, thriving off the country’s massive mobile market that is the world’s largest and closed to competition. But as the market matures and Beijing looks to export its infrastructure-building prowess developed over the last two decades, early signs are emerging that China Telecom, China Unicom and China Mobile may be preparing to become more active globally.

The Philippines’ interest in accepting Chinese investment in its sensitive telecom space was first reported last month during a visit by Premier Li Keqiang, when President Rodrigo Duterte invited China to build a third carrier. The Philippines is already home to incumbent carriers PLDT Inc. and Globe Telecom Inc.

Reports earlier this week cited Duterte saying that China Telecom, the smallest of China’s three big state-run carriers, had been selected to explore the project.

“China Telecom is currently having a preliminary study on the investment opportunity in the Philippines and no concrete plan has been determined yet,” the company said in a statement to Caixin. It did not provide any additional information, including a timetable or the potential size or cost of a network it might consider building.

If a plan moves ahead, the network will be one of the few operated by any Chinese carrier outside its home market. China is actively pushing its infrastructure specialists to make such moves under the Belt and Road initiative, specifically encouraging companies to seek projects in developing markets like the Philippines.

Both of China Telecom’s domestic rivals have also made small overseas moves in the last two months. Earlier this week, China Mobile announced the launch of its first mobile virtual network operator service in Britain, working in partnership with local network operator BT Group PLC. And in October, Unicom announced the opening of offices in Brazil and Switzerland.