China Unicom Strives to Connect to Users in Overhaul Push 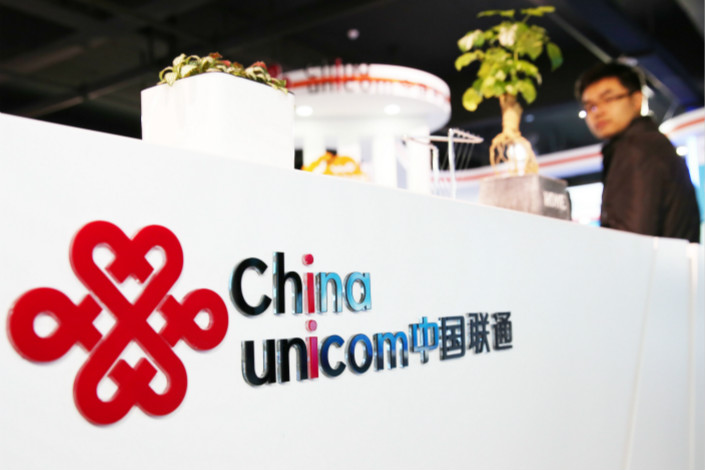 Nov. 22 was a cold day in Beijing, with temperatures falling below freezing. That morning, 44 managers from the Beijing arm of China Unicom sat in a school, nervously waiting to take an “exam” that would determine the future of their careers.

When the clock struck 9, the managers handed in their phones, and each one entered a different room. The managers were then asked to complete a “democratic assessment” of their colleagues, grading them on a scale from “poor” to “excellent.”

Next, the managers were taken one by one to the first floor to submit the evaluation forms.

“You couldn’t see any of the other people at all,” a person close to Beijing Unicom told Caixin. “Someone knocked on the door and allowed you to hand in the form, and then watched you until you returned to your room. Then they called the next person out. It was very strict.”

According to this source, three of the 44 managers were later “adjusted” — moved out of their current managerial positions — based on the scoring that day and additional assessments by the company.

The remaining managers were in no way allowed to rest on their laurels. As part of companywide reforms at the state-owned telecommunications operator, many Beijing Unicom departments have been merged or dissolved.

For example, the legal department was absorbed into the planning department, the Beijing Unicom source told Caixin. The legal department’s general manager was scored well enough to “stay,” but since his department no longer existed and his work was so specialized, it was hard for him to find a new position in the reorganized company.

Beijing Unicom is only one of dozens of local Unicom subsidiaries that have undergone personnel cuts in recent months. After years of reform efforts, including a merger with state-owned giant China Netcom and the introduction of private shareholders, China Unicom must now tackle a complex internal hierarchy plagued by overstaffing and inefficiency.

Present-day China Unicom, the result of a 2009 merger with China Netcom, performed relatively well in the 3G mobile internet market from 2009 to 2013, relying on resources inherited from China Netcom.

But this easy success caused Unicom to misjudge the developing 4G and to inadequately invest in the network’s initial-stage infrastructure. Pressure mounted on Unicom in December 2013 when TD-LTE 4G licenses began to be issued — and China Mobile began vigorously promoting its 4G products.

Less than a month after Wang Xiaochu became Unicom CEO in September 2015, he halted the expansion of the company’s 3G network, shifting the resources into building a 4G network and temporarily stemming Unicom’s continuous loss of users.

Even after these changes, the company continues to lag behind its larger rivals — China Mobile and China Telecom.

Internal statistics obtained by Caixin showed that in the 10 northern provincial-level areas where Unicom has a traditional advantage, China Mobile and China Telecom are increasingly chipping away at its broadband user base. In July, Unicom’s broadband market share in the 10 areas was 52.6%, down 3.8 percentage points from the end of 2016.

“Reform should start with addressing the overstaffed organization,” Wang said at a forum on Dec. 2. China Unicom’s internally compiled statistics showed that among local Unicom subsidiaries, the more departments a unit had, the worse its performance, Wang said.

In August, Unicom announced targets for its “slimming and building” plan, requesting that northern units cut the number of departments under their management to about 18 from the current average of 25, and that southern units from 22 to around 16.

“Slimming and building” is only one part of Unicom’s ongoing personnel reform.

At a meeting of managers in mid-July, Wang, the CEO, introduced the “small unit” plan, which aims to split each of the company’s lines of production into small business units, each with their own “mini-CEO” and clearly delineated powers and responsibilities.

For example, according to a manager from a provincial-level unit, under the “small unit” plan, the teams overseeing the core network, transmission, access and line maintenance in a particular area will be grouped into a small business unit. The unit’s “mini-CEO” is responsible for decisions like the salaries and daily tasks. Meanwhile, larger provincial or municipal Unicom units provide support for small business units, ensuring that human, financial, and network resources are available for the small units.

As a result, Unicom’s traditional top-down management system will be upended. "In the past, management units were commanders, and all business departments had to answer to the top levels. Now, they’re listening to the market, and listening to the customer,” Wang said.

Like all major reforms, Unicom’s are not going completely smoothly.

Some units find it harder to slim down than others. A Unicom executive told Caixin, “I spoke to a Shanxi Unicom manager, and Shanxi province wants to ‘get rid of’ over 50 management cadres. They’re all very anxious.” He added that “Shanxi Unicom is probably the Unicom provincial company with the most managers. Think about it: a central provincial company, with over 200 management cadres. How many of them don’t work for their living?”

At the same time, the costs of determining which teams should be grouped in a small business unit together may be higher than the benefits the “small unit” system could bring, a midlevel provincial unit representative told Caixin. “You may need to prepare thousands of different contracts, if you really want to make the best use of local conditions, and each business unit needs to set indicators such as cost, profit, revenue and users,” work that requires “large amounts of manpower, material resources and financial resources.”

Chen Jinqiao, deputy chief engineer of the telecommunications research institute of Ministry of Industry and Information Technology, told Caixin that Unicom’s “small unit” reform could stimulate vitality in its front-line units, but it will be difficult for the company to change its market position and reverse market structure in the short term.

“But by first invigorating front-line personnel through deep reform, shifting from the ‘you asked me to do it’ of the past to ‘I want to do it,” I agree that change is better than no change,” Chen said.

“In terms of institutions, mechanisms, business development, salary incentives, and so on, mixed-ownership reform can at least bring new opportunities for Unicom,” the employee said.

“Some people who idle their days away at the company may experience pain. But for me personally, I’m not nervous about the changes brought about by mixed-ownership reform. I’ve been working for China Unicom for over 10 years, and have experienced many mergers, adjustments and reforms. I can adapt to change.”