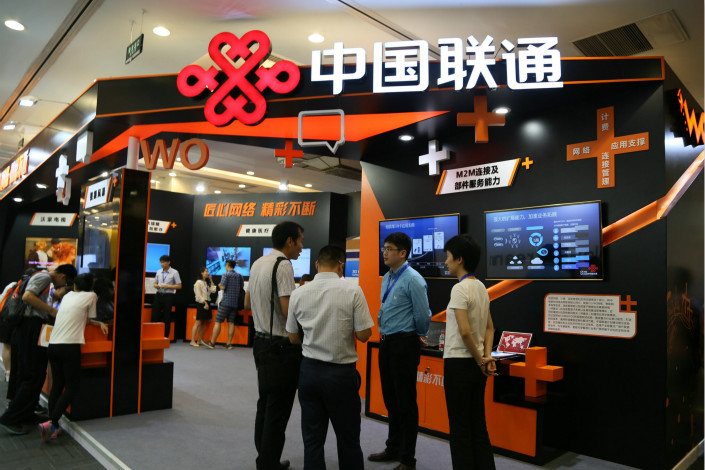 To reduce its bloated workforce, Unicom Group plans to cut the number of administrative departments at local branches by 30% and cap staffing at provincial-level branches in line with profits, general workforce conditions, management and some regional factors, a company executive told Caixin. Photo: IC

Many employees will lose their jobs in a downsizing plan being crafted at telecom service giant Unicom Group as Beijing seeks to revitalize the bloated state sector, according to an internal document distributed this week.

The number of administrative departments at local branches nationwide will be cut by 30% to 516 from 712, and staffing at provincial-level branches will be capped in line with profits, general workforce conditions, management and some regional factors, an executive who saw the plan told Caixin.

More details concerning corporate structure and staff arrangements will be formulated by the end of October, the source added, speaking on condition of anonymity because the plan isn’t public.

“The shake-up is unprecedented,” an employee from Unicom told Caixin.

A spokesman for Unicom’s Hong Kong-listed unit had no immediate comment on the matter.

Unicom’s Beijing headquarters has already made progress in streamlining its structure, cutting its departments to 20 from 27, according to the proposal. At the same time, the number of permanent staff with base salaries secured by the government, a unique type of contract in such state-owned enterprises, has been reduced to 981 from 1,781.

The slim-down comes just two weeks after Unicom, the nation’s second-largest telecom carrier, announced another plan to sell a major stake in its Shanghai-listed unit to 14 private investors, under a Beijing-led pilot program for big state-owned enterprises.

China is trying to make such enterprises more efficient and dynamic, with an ultimate aim of weaning them from state support and making them commercially viable. Many now operate in state-granted monopolies and have large bureaucracies, a remnant of the socialist era when everything was state-owned and profits didn’t matter.

Unicom has been discussing a staff slim-down plan for internal job transfers and even layoffs since April, according to a source familiar with the talks. That plan will subject Unicom workers to rigid performance assessments in order to keep their jobs.

Also discussed was the dismissal of staff on long sick leave, making arrangements for staff without signed fixed-term labor contracts, and setting up a staff complaints mechanism, according to sources.

“The key principle is to break down the ‘iron rice bowl’,” a source told Caixin, referring to the socialist-era system where the state guaranteed lifetime employment for everyone.

A senior executive at Unicom earlier told Caixin that a streamlined operation could help the firm to boost efficiency and lower operating costs. “The company is forced to run as fast as a leopard, but it can’t do that with the mind-set of a pig,” he said.