Unicom to Sell 35% of Shanghai Unit to 14 Investors 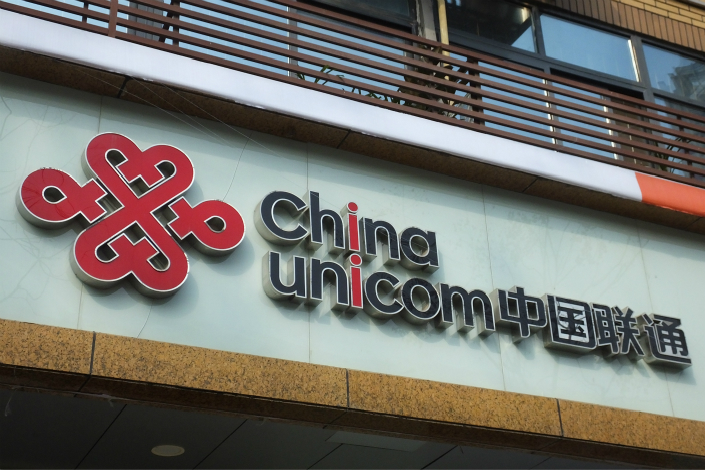 Four investors will pay 6.83 yuan per share to purchase 10.9 billion shares of China United Network Communications Ltd., equal to about a third of the company. Photo: Visual China

The announcement that the new investors will include internet giants Alibaba, Tencent, JD.com and Baidu comes about a year after Beijing first named Unicom Group as one of a handful of big state-owned enterprises that would take part in the pilot program. Other investors in Unicom’s Shanghai-listed unit will include retailing giant Suning, ride-hailing startup Didi Chuxing, and leading insurance company China Life.

The group of investors will purchase 10.9 billion shares of China United Network Communications Ltd., equal to about a third of the company. They will pay 6.83 yuan per share, for a total price of 74.45 billion yuan ($11.1 billion). In addition, the Shanghai-listed company’s employees will receive 2.7% of its shares, under an incentive program also designed to make the unit more dynamic.

After the shuffle, Unicom Group would continue to hold 36.7% of the Shanghai-listed company, while the remaining 24.5% would be in the listed company’s traded stock. Altogether, the deal would raise about 78 billion yuan in new funds, according to Unicom.

Beijing is experimenting with similar plans at other big state-run companies, which include bringing in private strategic investors and also selling stakes to key employees.

Unicom said the program would “unleash new vibrancy” within its Shanghai-listed unit by leveraging the “external capabilities (of its new partners) to achieve synergetic development of strategic businesses.” But it did not provide any specific details of what kinds of partnerships it envisioned.

“We see it as a positive development since Unicom will be able to leverage the strength of each Internet strategic investor to develop its business, and the amount of funds raised is larger than expected, which will give Unicom more firepower for future investments,” Edison Lee, an analyst at Jefferies, told Caixin.

Speculation about Unicom’s partner choice has been rife since the program was first announced, with the four big internet companies’ names coming up as all reportedly jockeyed behind the scenes to be selected. Unicom had previously commented that its Shanghai-listed unit would be the investment vehicle for the pilot program, and that the state planner had approved the plan.

Shares of the Shanghai-listed company have been suspended since April 5 pending the announcement of the mixed ownership plan. Unicom’s Hong Kong-listed shares were also suspended on Wednesday pending an announcement. They had jumped earlier in the week after the company announced a stronger-than-expected profit forecast.