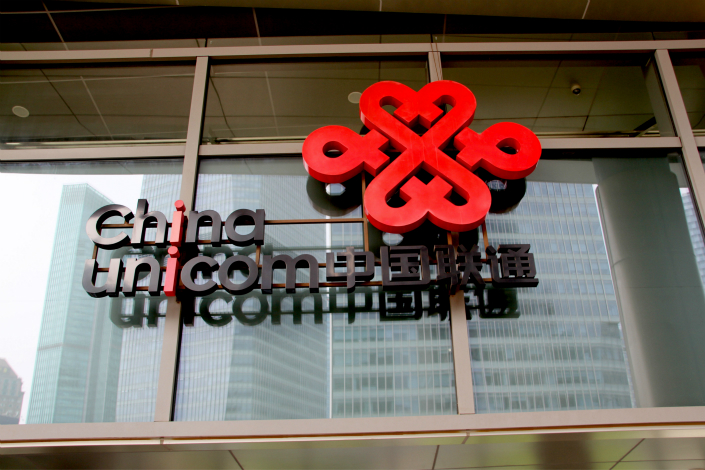 Shares in China Unicom’s Shanghai-listed unit rose by their daily 10% limit to 8.22 yuan ($1.23) following resumption of trade after being suspended since early April. Photo: IC

(Beijing) – Shares of China Unicom and many of its new private-sector shareholders rallied Monday after the state-owned wireless carrier secured the final regulatory nod it needed to go ahead with its $11.1 billion share-sale plan.

Unicom Group is China’s latest experiment of leveraging private capital to improve the efficiency and competitiveness of the sprawling state sector. The plan comes about a year after Beijing first named the company as one of a handful of large state-owned enterprises (SOEs) that would take part in the pilot program.

On Wednesday, China Unicom abruptly withdrew its initial regulatory filings hours after announcing the plan, citing “technical reasons.” Sources later said the plan, in which new investors included big names such as China Life Insurance Co. Ltd. and Alibaba Group Holding Ltd., would involve the issue of too many new shares and at a lower price than permissible under current securities rules.

Unicom is planning to issue new shares equivalent to 42.6% of the company’s previous share capital even though stock market rules cap such issues at 20%. But the China Securities Regulatory Commission (CSRC) on Sunday finally granted a waiver, and the plan remains largely the same.

“After going through related legal procedures with the National Development and Reform Commission (NDRC) and other departments, the CSRC decided to take the private placement in China Unicom’s ownership reform as an exceptional case, and adopt it with previous re-financing regulations that was in effect until February 17,” the CSRC said in a statement late on Sunday.

On Monday, shares in China Unicom’s Shanghai-listed unit rose by their daily 10% limit to 8.22 yuan ($1.23) following resumption of trade after being suspended since early April.

China Unicom’s Hong Kong-traded shares finished up 3.52% at HK$12.36 after jumping as much as 10.8% to HK$13.22 in the morning session. Before that, the shares had rallied 14% since the first week of July on expectation of the plan.

Nonstate companies that agreed to buy into China Unicom’s new shares were higher too. Tencent’s Hong Kong-traded shares closed up 0.06% at HK$326 ($41.67) in the afternoon after edging up 1.41% to HK$330.4 in intraday trading, while Suning’s Shenzhen-listed shares closed at 12.07 yuan, unchanged compared to the previous trading day after an intraday increase of 4.97% .

The group will purchase 10.9 billion shares of China United Network Communications, equal to about a third of the company. They will pay 6.83 yuan per share for a total price of 74.45 billion yuan. In addition, the Shanghai-listed company’s employees will receive 2.7% of its shares under an incentive program also designed to make the unit more dynamic.

In addition to waiving the cap on new size of the new share issue, the CSRC also needed to waive another rule on the pricing of the new shares. Under new securities rules that took effect in February, the pricing of new shares should be based on the market price after trading resumes — usually higher than the closing price before the suspension — rather than a fixed price calculated from the most recent trading days.

“The back-and-forth of the deal shows that there might be a communication gap among different regulators, which shows the hurdle is high for SOE reform,” OCBC Bank economist Tommy Xie wrote in a Monday note.

“Nevertheless, we think China will eventually carry on with its mixed ownership reform as this is one of the important ways for SOEs to lower their corporate leverage,” he wrote.