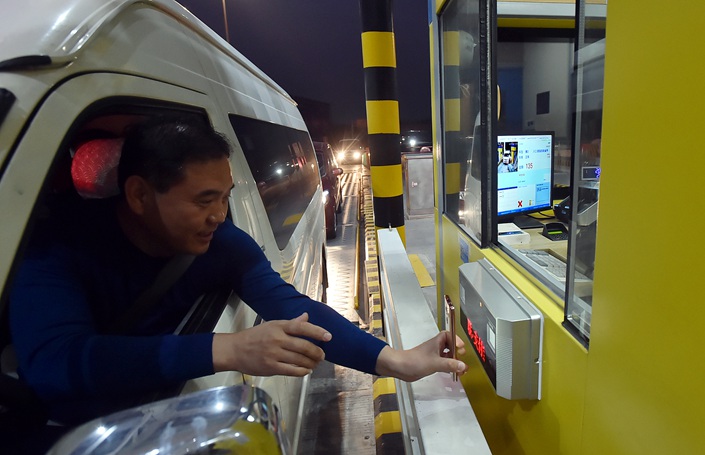 A driver uses his smartphone to pay at a toll station in Yangzhou, Jiangsu province on Oct. 23. Photo: VCG

(CTech) — China-based Tencent Holdings Ltd. intends to launch its popular payment service WeChat Pay in Israel, according to three people familiar with the matter who spoke with Calcalist on conditions of anonymity. The company was in talks with a local clearing company and is considering the strategy for the local launch of the service, intended for tourists coming from China, one of these people said.

Tencent has yet to reply to Calcalist’s request for comment.

Israeli exports to China surpassed $2.8 billion in the first half of 2018, accounting for 8.7% of all Israeli exports, according to data from Israel’s Central Bureau of Statistics.

Last week, Vice President of the People's Republic of China Wang Qishan made a historic state visit to Israel, becoming the most senior Chinese official to visit the country in well over a decade. The Chinese vice president co-hosted a summit on Israeli Innovation in Tel Aviv. Alibaba Group co-founder and chairman Jack Ma was another keynote at the summit.

This article was originally published by CTech.
Share now and your friends will read it for free!
Share this article
Open WeChat and scan the QR code
RELATED
MOST POPULAR
GALLERY
SPONSORED