China and the World Bank: How a Partnership Was Built 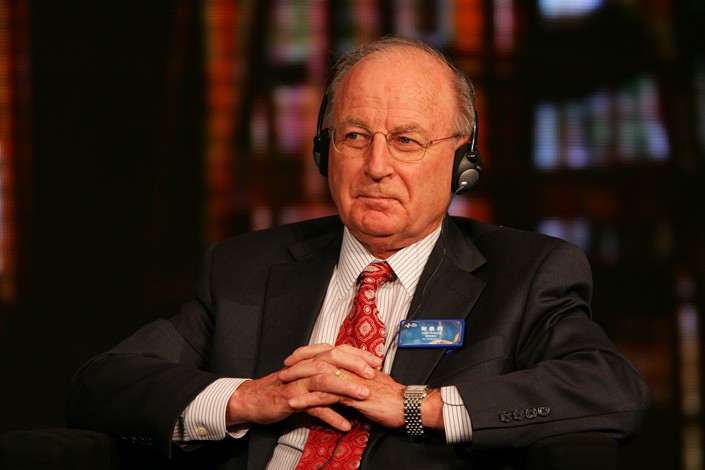 This year marks the 40th anniversary of the launch of China’s reform and opening-up policy, which has transformed the nation into an economic powerhouse. Caixin has selected and detailed the careers of some of China’s most influential economists who helped shape the world’s second-largest economy. In the fifth and final installment in a five-part series, we will look at the role of the World Bank during the early years of China’s reform and opening-up. The following is an excerpt of an article titled “China and the World Bank: How a Partnership Was Built,” originally published in the Journal of Contemporary China (2007). It was written by Pieter Bottelier, a senior China scholar, currently a senior adjunct professor of China studies at the Johns Hopkins School of Advanced International Studies. He served as the World Bank’s chief of resident mission in Beijing from 1993-97, and was senior adviser to the World Bank’s vice president for East Asia the two following years.

Not long after the establishment of full diplomatic relations between the United States and China on Jan. 1, 1979, there were indications that the government in Beijing wished to resume the representation of China on the board of the World Bank. The World Bank’s first official mission to China to discuss Beijing’s request was led by the bank’s president, Robert McNamara, in April 1980. The change in China’s representation in the World Bank was arranged with amazing speed; in May 1980, the board approved Beijing’s request.

Though anxious to receive large amounts of financial support as quickly as possible after rejoining the World Bank in May 1980, the Chinese showed patience and understanding of the bank’s need to carefully select priority projects, appraise them thoroughly and understand their sectoral context before submitting them for board approval.

Not only did China accept the need for upfront economic and sector studies, it actively participated in them. The country had been closed to the outside world since the early 1950s; only a handful of China’s political leaders and senior civil servants had had international exposure, and few understood Western economics. The bank was seen as a valuable source of technical advice, relevant international experience, and information on how other countries had succeeded or failed in their development efforts. The bank was cast in the role of a guide.

The Chinese sent a mission around the world to study the experience of other developing member countries with the World Bank, following which the State Council, China’s cabinet, assigned responsibility for dealing with the bank to the Ministry of Finance. The ministry quickly built an administrative infrastructure within itself and across government agencies to manage the relationship. The State Planning Commission (renamed the National Development and Reform Commission in 2003) also played a key role in the relationship, particularly in defining project priorities.

Two urgent tasks faced the bank after the resumption of China’s membership in May 1980: one, to agree with the Chinese on project priorities for bank support; and two, to understand the broader economic and sectoral context of such projects. The bank undertook these tasks in parallel. In June and July 1980, a mission led by Shahid Husain, regional vice president for East Asia, visited China to discuss project priorities and procedures for project appraisal, supervision, procurement and the disbursement of funds.

In the fall of 1980, the bank sent its first economic mission to China. Thirty-two bank employees — economists, agronomists, engineers, health experts, education experts and other sector specialists — participated at various times, from October through December. In addition, 11 leading China experts from various U.S., European and Japanese universities prepared background papers. The size and importance of the bank’s first economic mission to China have few parallels in the history of the institution.

The mission’s findings were reflected in a 1,000-page multivolume report titled “China: Socialist Economic Development,” which was submitted to the bank’s board before the first project loan was presented for approval in June 1981. The report analyzed China’s economic situation and planning methods, covering most sectors of the economy and tracing some of the country’s economic history since the establishment of the People’s Republic of China in 1949.

A summary of the report was discussed at the highest levels in government. Two years later, in 1983, the Chinese agreed to the unrestricted distribution of the report. This was a breakthrough toward greater openness. The report was mainly retrospective in nature, exploring why China had fallen so far behind in terms of technology and living standards. Recommending patience and caution, the report sketched the direction in which solutions for China’s economic problems could be found.

The next formal World Bank economic report on China was submitted to the board four years after the first one, in 1985. The focus of this report had been agreed during a visit to China in 1983 by then-World Bank President Tom Clausen, McNamara’s successor, in meetings with Chinese leader Deng Xiaoping and then-Premier Zhao Ziyang. Deng was interested in the bank’s assessment of the feasibility of a government plan to quadruple national income by 2000, and invited the bank to offer suggestions on how this ambitious goal might be achieved. Thirty-one World Bank experts and consultants participated in the economic mission of 1984.

Unlike the first economic report, this one was mainly forward-looking and focused on the management of economic transition. It dealt with all major sectors of the economy and stressed the need to develop institutions and policy instruments for indirect macroeconomic management. The report concluded that a quadrupling of national income by 2000 was possible under certain conditions. The Chinese again agreed to the unrestricted distribution of the report, this time without delay.

Although private-home ownership in urban areas was recommended as a powerful stimulant of household saving and economic development, private investment and private sector development in general (except in agriculture and with respect to foreign direct investment) was not explicitly discussed in the report. The word “privatization” was not part of the bank’s vocabulary in the dialogue with China at that time.

With respect to the role of foreign investment, the bank’s second economic report on China says: “China seems wise to encourage direct foreign investment, less for the foreign capital or advanced technology it brings than for the demonstration effect of modern management techniques. The example of, and competition from, well-run foreign companies can help domestic firms identify weak links in management, product design, material supply, and so on, and spur them to make changes they might otherwise never consider. … This requires foreign and joint ventures to be spread … among a wide range of localities and activities, rather than confined to special zones or particular sectors.”

After 1985, the World Bank produced an economic report on China almost every year. Each one analyzed developments and tried to anticipate the next round of reform needs while keeping perspective on the overall economic picture. Over the years, economists and sector specialists in the World Bank and the International Finance Corp. (IFC) — the bank’s subsidiary for loans to and equity investment in private enterprises in developing member countries — produced hundreds of reports on various aspects and sectors of the Chinese economy.

As China’s appreciation of the importance of private-sector development grew, and private foreign financing became more easily available, the role of the IFC expanded and the World Bank withdrew from sectors where the private sector could take over (e.g., telecommunications, commercial ports, conventional thermal power plants and highways). At the same time, the central focus of the World Bank’s program for China shifted from infrastructure to rural development, health and education, poverty reduction, institutional development (including legal system development) and environmental protection.