By Liu Caiping and Shen Lu 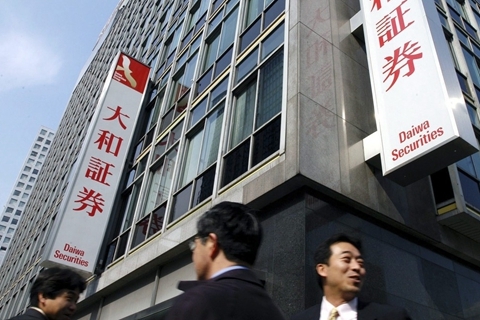 Daiwa left China in 2014 when it terminated a joint venture with Shanghai Securities Co. because of disagreements with the Chinese partner and poor business success.

Daiwa Securities “is planning to grow this newly established company into our future business hub in China by prioritizing building cross-border business with our global network and experiences,” Daiwa Securities said earlier in a statement.

Nomura is expected to receive regulatory approval for a new venture with Shanghai government-backed Oriental International Co. as early as the end of the year, a person close to the matter said. Nomura will hold 51% in the new venture.

Daiwa Securities first tapped the Chinese market in 2003 by helping China Life Insurance Co. market its shares in Japan. In 2004, Daiwa Securities set up Daiwa SSC Securities Co. with Shanghai Securities, in which the Japanese firm held a 33% stake.

As the partnership expired in 2014, Daiwa Securities sold its stake in Daiwa SSC to Shanghai Securities and withdrew from China.

Beijing State-Owned Capital is an investment company established in 2008. Its business focuses on managing and restructuring state-owned enterprises. As of 2017, the company had 2.5 trillion yuan in total assets and net assets of about 850 billion yuan. Its 2017 revenue stood at 960 billion yuan and profits at about 61.4 billion yuan.