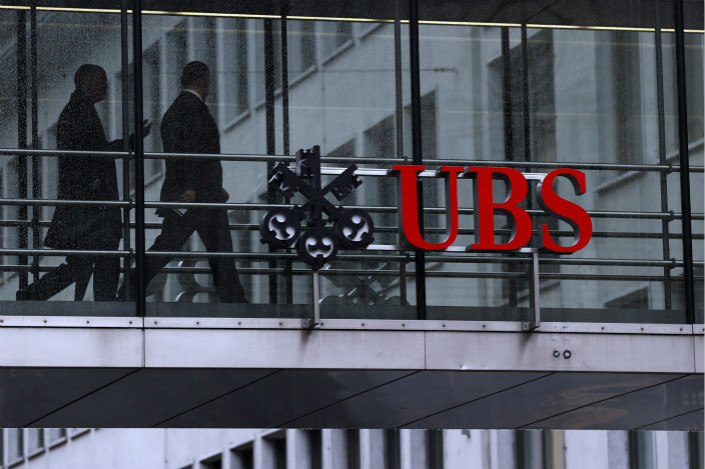 The headquarters of UBS Group AG are seen in Zurich, Switzerland, on Jan. 22. Photo: VCG

Switzerland’s UBS Group AG announced Thursday it is officially seeking a majority stake in its securities joint venture in China, becoming the first overseas company to make such a move after Beijing relaxed its control on foreign ownership of brokerages.

UBS Securities Co. Ltd., of which the Swiss investment bank and financial service provider currently holds 24.99%, has submitted an application to the China Securities Regulatory Commission (CSRC) for raising UBS Group’s share to 51%, a UBS Group spokesperson said in a statement.

“We understand that CSRC is now reviewing the application,” the spokesperson said.

Information on the CSRC’s website showed that the watchdog received the application by UBS Securities on Wednesday.

UBS Group was the first foreign company to launch the official process to pursue the majority stake in securities partnerships in China after the CSRC last week published revised rules to allow foreign control of joint ventures in the industry. The regulations added that foreign ownership of the joint ventures should comply with “the national government’s plan for the opening-up of the securities sector.”

Chinese central bank Governor Yi Gang in early April announced that the government aimed to implement multiple policies to open wider market access to the country’s financial market by the end of June, including raising the cap on foreign investors’ shareholding in securities firms to 51% from the current 49%. Many of the measures were promised by the government in November at the end of U.S. President Donald Trump’s state visit to Beijing.

“The further opening up of China’s financial sector represents great opportunities for our China businesses, including investment banking, wealth management and asset management,” the UBS Group spokesperson said in the statement.

UBS Group is the second-largest shareholder in UBS Securities after Beijing Guoxiang Property Management Co., a Chinese investment bank and brokerage firm, which owns a 33% stake in the joint venture. The global banking giant has shown strong interest in taking control of the partnership since Chinese leaders promised late last year to further open up the financial sector, with its CEO, Sergio Ermotti, at a news conference in Shanghai in January saying the company was eyeing to increase its stake to 51%.

The largest bank in Switzerland by assets has also obtained a private fund manager license for its asset management arm in China.