By Yue Yue and Shen Lu 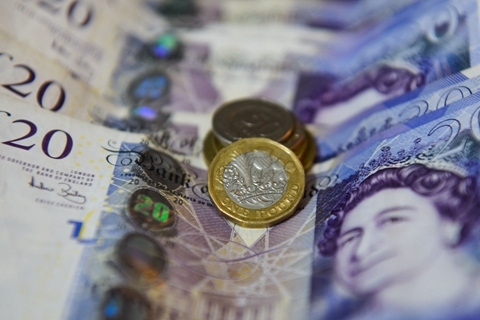 CIC and HSBC are preparing to set up a fund that could raise as much as 1 billion pounds. Photo: IC

The CIC-HSBC fund, to be launched in 2019, will be managed by the British private equity firm Charterhouse Capital Partners, said the person from CIC, confirming recent reports by overseas media.

The agreement comes at a time when the U.K. and China are looking to build closer financial ties as the U.K. prepares for Brexit and as China-U.S. trade tensions escalate.

The U.K. has a relatively small domestic market to support its industries, experts say, so China’s significant market potential and the existing resources of Chinese companies will become a big draw for British companies that are under pressure of a shrinking market after Britain leaves the European Union under Brexit.

Headquartered in Beijing, CIC was founded in 2007 as a vehicle to diversify China's foreign exchange holdings and seek maximum returns with acceptable risk. CIC currently has $941 billion in assets, making it one of the largest sovereign wealth funds in the world.

CIC is working to build a cross-border investment ecosystem involving multiple parties, including governments, industry players, financial institutions and third-party agencies, according to a person close to CIC.

“Besides generating investment income, the cooperation funds also function as an effective platform for the CIC direct investment department and other arms in foreign investment,” this person said.

HSBC joins a host of international investment banks that have set up cooperation funds with CIC in recent years.

In October, CIC and five Japanese financial institutions, including Nomura Securities, established a Sino-Japanese Industrial Cooperation Fund to invest in China, Japan and other countries.

In August, CIC and Goldman Sachs said they completed the first round of fundraising for a $5 billion Sino-U.S. manufacturing cooperation fund unveiled in 2017 to invest in American companies in manufacturing, industrial, and consumer businesses that have ties in China. A person familiar with the matter said the fund has kicked off the second round of fundraising and its first investment project is underway.

The Irish Strategic Investment Fund and the Russian Direct Investment Fund have also created cooperation funds with CIC to help their domestic companies gain access to the Chinese market.