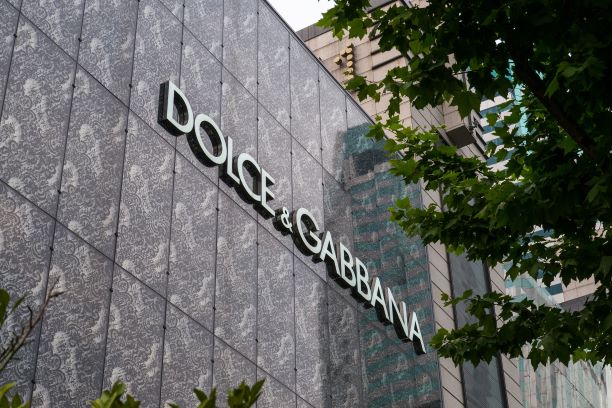 Dolce & Gabbana has gotten itself in trouble in China.

The Italian fashion house’s “DG Loves China” online ad campaign sparked uproar online upon its release on Sunday, Nov. 18. The campaign – which includes three short videos featuring a male narrator lecturing a struggling Asian female model on how to eat Italian food with chopsticks – has been accused by angry Chinese netizens of being stereotypical, racist and sexist.

“Today, we will first show you how to eat our great Margherita pizza with small sticks,” the male narrator said in the first video featuring pizza. Don’t use the chopsticks to cut the pizza like a knife, he said, and “don’t drop the cheese.”

In another video featuring cannoli, the male narrator asks the female model if the cannoli in question “is too huge for you?”

The Asian model’s appearance of having tiny eyes and a naïve smile has also angered some netizens who said the brand plays on stereotypes of Asian females. And the brand’s choice of using Japanese characters instead of Chinese one to write the word “Shanghai” in their videos was deemed insensitive and disrespectful.

Dolce & Gabbana has since deleted the videos from Weibo, though they are still viewable on the company’s Instagram.