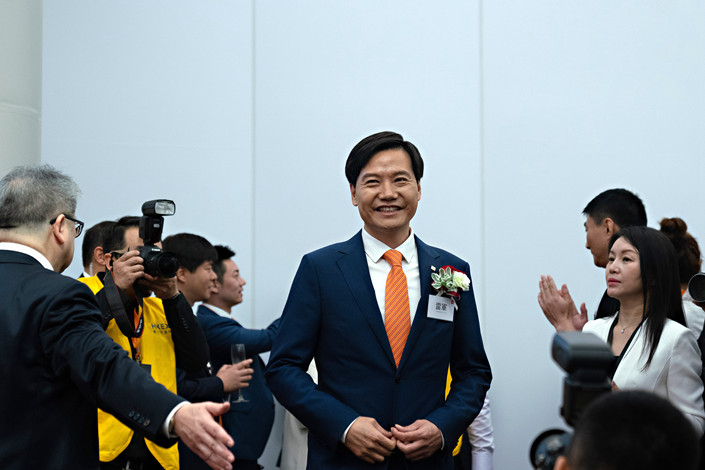 Smartphone-maker Xiaomi Corp. has signed a global licensing deal with Meitu Inc., operator of selfie apps and maker of phones specifically designed to take attractive selfies, as it gears up to expand its brand portfolio and tap the female user market.

Under the agreement, Xiaomi will receive 30-year exclusive global licensing rights to Meitu’s branded smartphones and its popular photo-editing apps, the world’s fourth-largest smartphone-maker said in a statement Monday as it released its latest financial report.

For the first five years, Xiaomi will offer Meitu 10% of the gross profit from each Meitu phone it sells, and Xiaomi will pay a minimum of $10 million in licensing fees per year after that.

Meitu’s brand will “help us to gain more female users and to continue to expand and diversify our user base,” Xiaomi said.

The company said it is looking to develop a multi-brand strategy to target different users. Early this year, Xiaomi launched Black Shark, a smartphone brand targeted at gamers. In August, it revealed Poco, a smartphone sub-brand that targets the higher end of the market.

“The inclusion of Meitu phones into Xiaomi sub-brands will help Xiaomi target female users, a segment that it has focused on less previously,” said Jia Mo, a Shanghai-based analyst with research firm Canalys. “Meitu apps have a certain reputation and appeal overseas, and it’s worth watching how Xiaomi will tap this sub-brand with its strong hardware know-how.”

Fujian province-based Meitu was set up in 2008 and went public in Hong Kong in 2016. It started as a selfie-beautifying app operator and ventured into smartphones in 2013. Its smartphones come installed with its apps for its users, who are mostly young women, to edit their selfies before posting them on social media.

Meitu has also invested in a plastic surgery website and runs a social media platform. However these investments don’t seem to have done much for its bottom line, as it lost about $19 million and lost 66,000 monthly active users, or 16% of its total, in the first six months of the year, according to Bloomberg.

Meitu said in its half-year earnings report that it sold 533,000 smartphones for the six months through this June. Xiaomi shipped more than 100 million units between January and October.

Xiaomi on Monday said it had a net profit in the third quarter amid robust sales in Europe and India. Profit hit 2.48 billion yuan ($357.2 million) against a loss of 11 billion yuan in the same period last year. Revenue surged 49% to 50.9 billion yuan.

Operating profit however sank 38% year-on-year to 3.6 billion yuan, amid a slowdown in smartphone sales at home.

In the third quarter, global smartphone shipments were down 6% from a year ago to 355.2 million — the fourth consecutive quarterly decline, according to consultancy IDC.