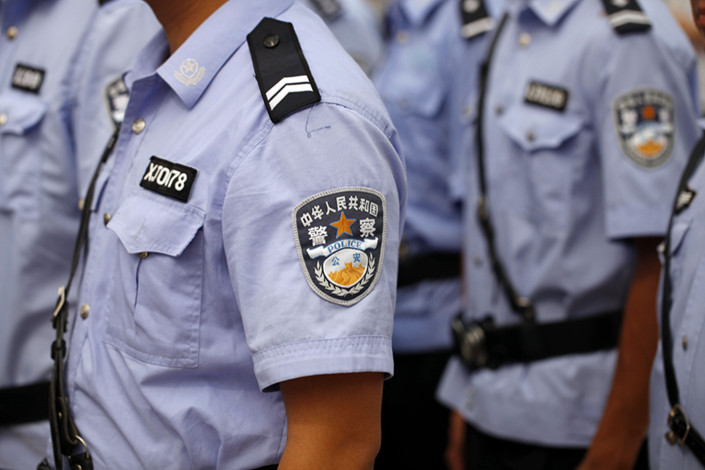 The Quanzhou Public Security Bureau said it has punished a deputy branch director and has suspended another police officer. Photo: VCG

Police in Quanzhou, East China’s Fujian province, have apologized for the harassment faced by Caixin reporter Zhou Chen while she was covering a chemical spill in the area.

Zhou was followed by officials after she attempted to interview a local mayor about the Nov. 4 petrochemical leak that locals say has hurt their fish farms and threatens their health. Local police later entered her hotel room at night demanding to see her identification card. They searched the room, claiming that it was a routine inspection.

The bureau said it had asked Che Binyang, a branch deputy director, to present a self-criticism to the city’s public security party committee, and that it had suspended another police officer, Chen Huashan. It thanked the media for “supervising our work.”

The People’s Daily, the official newspaper of the Communist Party of China, published a commentary in its overseas edition calling local officials’ treatment of Zhou a “farce.” It warned against what it described as the practice of trying to “save face” by allowing only “positive publicity.”