Exchanges to Limit Length of Share Suspensions to Curb Abuse 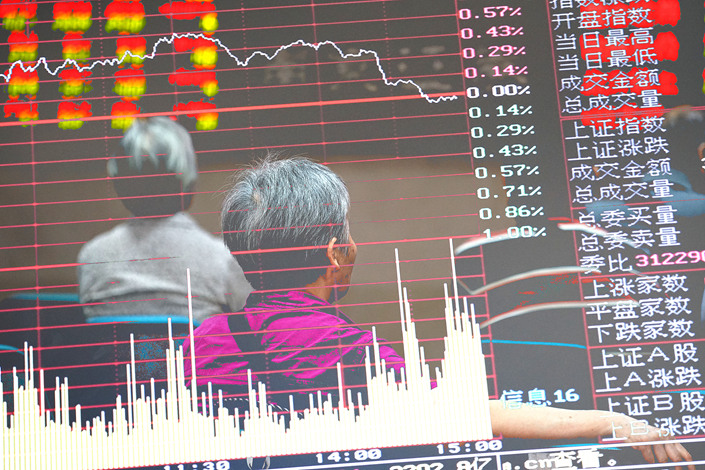 The abuse of trading suspensions has become a major obstacle to global acceptance of China’s stock markets. Photo: VCG

The Shanghai and Shenzhen stock exchanges issued draft rules that would significantly limit the amount of time companies can halt trading of their shares, amid a regulatory crackdown on abuse of a practice that puts off foreign investors and can leave shareholders in the lurch.

Trading suspensions have often been used by companies as an excuse to stop their shares from sliding when bad news hits the market, and can sometimes drag on for months, locking up shareholders’ money in stocks they can no longer sell. In 2017, shares of 69 Shanghai-listed companies were suspended on average each day, according to the Shanghai Stock Exchange — around 5% of all the companies listed that year, according to Caixin calculations. Recently, this number has been about 10, or 0.7% of the total.

The Shanghai and Shenzhen stock exchanges have decided that trading halts for corporate restructuring should last 10 days at most, with the option of applying to extend such suspensions to 25 days if necessary for the disclosure of more information, according to draft rules issued Wednesday by the two exchanges. The current rules give companies up to three months for restructuring.

The new draft rules follow a Nov. 6 announcement from the China Securities Regulatory Commission (CSRC) that vowed to strengthen rules on share suspensions.

Trading halts related to national strategic projects or confidential military matters will have different requirements, according to the draft rules. Trading halts for most other reasons, such as preparing for the transfer of controlling shares, should last no more than two days, with the option of applying for an extension to five days.

In principle, bankruptcy restructuring should not cause a trading halt, although if necessary the company can apply for one. Companies can also apply for a suspension if the stock exchange or the CSRC agrees that risks could significantly affect market order.

The abuse of trading suspensions has also become a major obstacle to global acceptance of China’s stock markets, with index compiler MSCI specifically citing such stoppages as a cause for concern in its long-awaited decision in June to include domestically traded stocks in its indexes.