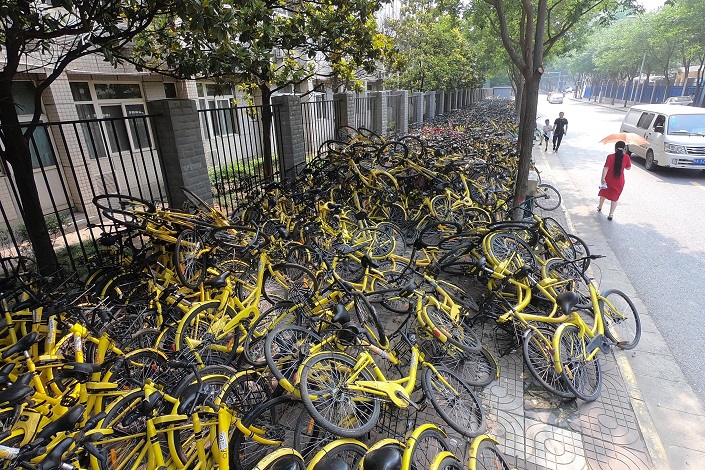 Chinese bike-sharing company Ofo has been inundated with so many deposit refund requests that users must now wait 15 working days to get their money back, Caixin has learned.

One user in Wuhan told Caixin she had to make 156 calls over the course of three days to the company, which dominates the bike-sharing market in larger cities alongside rival Mobike, before she could finally reach someone to ask about a pending refund application. She was then told to call back once 15 days had passed since submitting her application.

The user said she had also tried contacting Ofo customer service through their WeChat and Alipay platforms, but had been placed in a line behind 1,100 people and 8,000 people respectively. When contacted by Caixin, Ofo confirmed that a deposit refund now takes at least 15 working days to complete.

New users currently have to pay 199 yuan ($30) to start using the service. Ofo previously let users in some cities ride deposit-free, but it has ended that program, the company said in July. This is despite rival Mobike’s move in July to remove the deposit requirement in a bid to expand its market share.