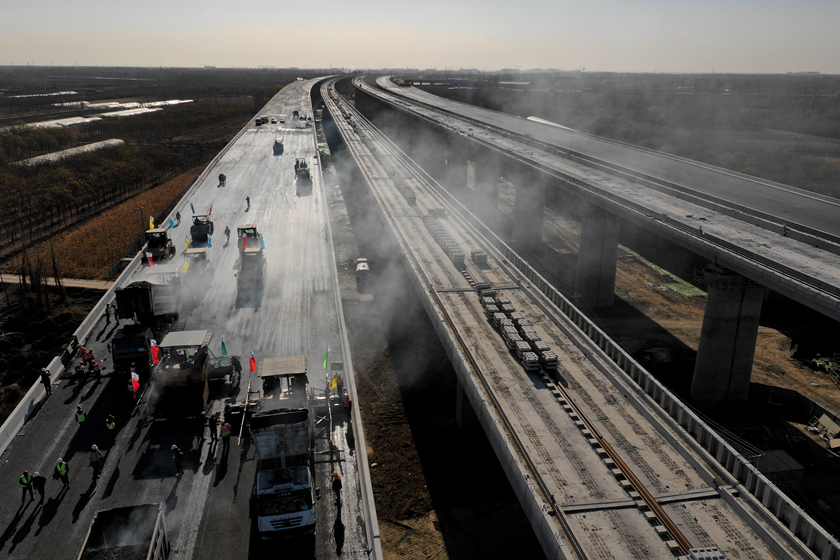 Construction is well underway on the route to Beijing's new Daxing International Airport, which will carry vehicles there from the city's South Fifth Ring Road in about 20 minutes. Photo: VCG 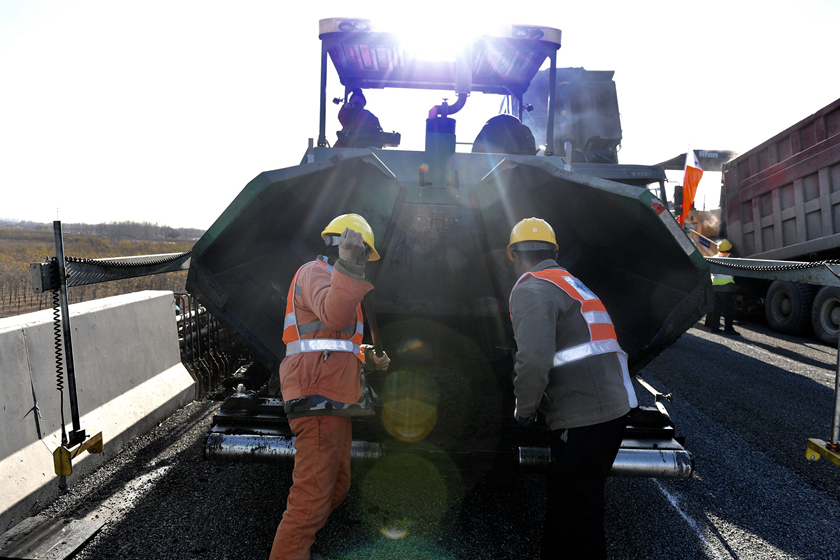 Workers have added a special substance to the asphalt to quickly melt snow. Beijing’s roads commission says much of the work is already finished. Photo: VCG 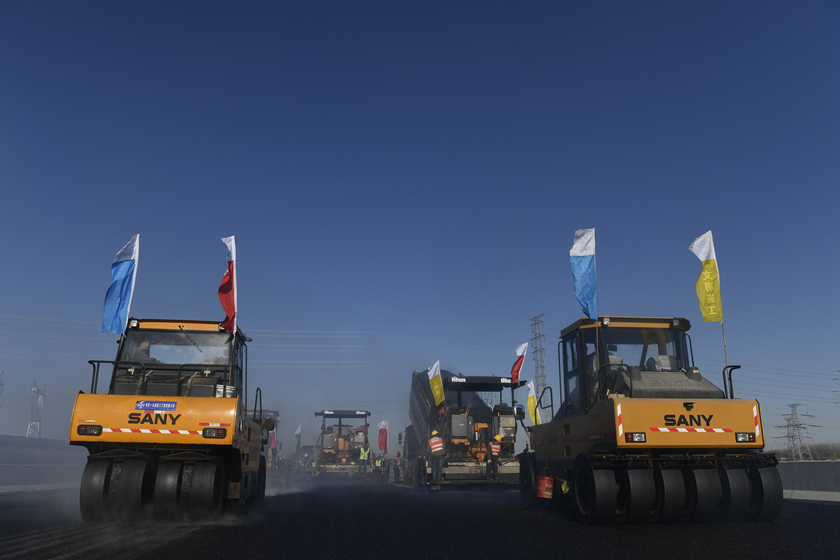 Construction continues on the highway to Daxing International Airport, which is part of a network of ‘five vertical and two horizontal’ routes, officials say. Photo: VCG 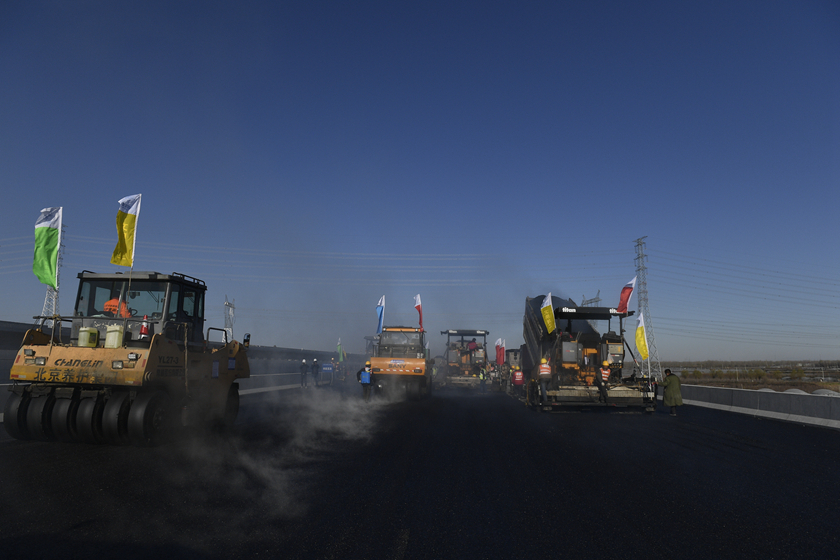 Heavy vehicles are being used to pave the road, which is scheduled for completion in the first half of 2019. Photo: VCG